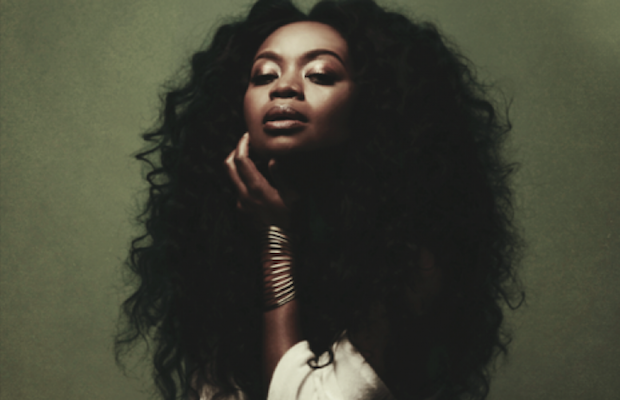 Nashville-based singer Ruby Amanfu is probably best known for lending her vocals to Jack White’s first solo album Blunderbuss, in particular on the first single “Love Interruption.” She did work with White on both of his solo records, and toured with him in support of Blunderbuss, but Amanfu has also sung with Ben Folds, Wanda Jackson, Joy Williams, Patti LaBelle, Norah Jones, and many others. Her new album, Standing Still, was recorded in just five days in a secluded cabin near Leiper’s Fork. Standing Still is composed of nine songs of deep cuts by artists Amanfu admires that she’s reimagined, plus original tune “I Tried,” and comes out on Aug. 28.

The idea for the album came when Amanfu tore the house down with her cover of Bob Dylan’s “It’s Not Dark Yet,” a track from 1997’s Grammy-winning Time Out of Mind, at a benefit show in New York City. She got together most of the band, many of whom also work with Norah Jones, that performed with her that night to come to Tennessee and make the record with her. There are songs from Heartless Bastards, Brandi Carlile, Wilco, and the first release, Kanye West, among others. Click through to hear her country-R&B ballad version of Kanye’s 808’s and Heartbreaks track “Streetlights.”