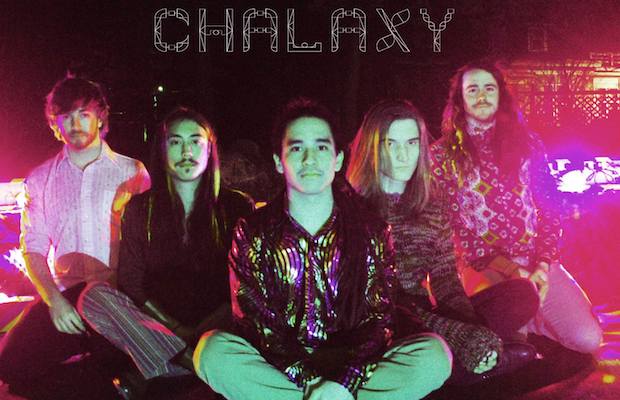 Local psych outfit CHALAXY has just dropped a new single titled “Dizzy” that we’re stoked to be premiering ahead of it’s official release tomorrow via the band’s Bandcamp and other digital outlets.  CHALAXY tells us the single is just a taste of what lies ahead with a new album expected out this fall.  The band describes themselves as “Electronic/Alternative/Psychedelic Rock”, and the new single perfectly embodies that vibe with it’s drippy, blurry guitars and vocals effects that will immediately enamor fans of  Tame Impala or My Morning Jacket.  It represents a turning point for the band, and a direction that we are excited to watch them explore.

However, the real magic comes from their live set which we described as “absolutely electrifying” when we first caught them.  Luckily for you, they are playing a single release show at Mercy Lounge on Saturday night with Blackfoot Gypsies, Eclectic Tuba, and Levi Ray.  CHALAXY tells us that they have completely revamped their live set from the new songs to the stage production, and this is one revamping that we are excited to check out.  Enjoy your new jam below, and grab your tickets for Saturday right here.