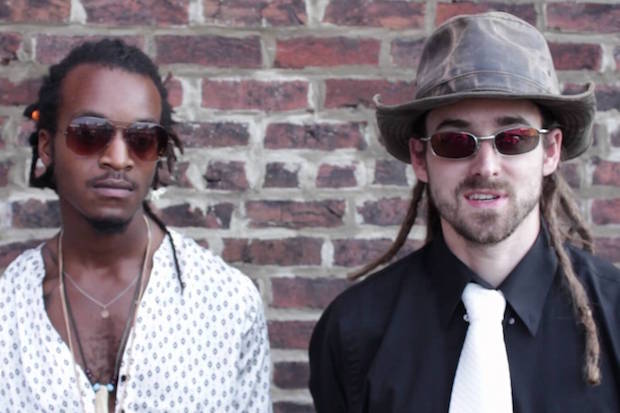 Looking to kick your Thursday night into high gear, but not wanting to spend an arm and leg? Then we’ve got the show for you, courtesy of local indie label Palaver Records. We hyped their last showcase earlier this week, but now they’re back with an equally badass lineup featuring local blues rockers Judah and the Spoox, rock ’n’ soul band Brandon Wise & the Scorching’ Sons, alt- country foursome American Dream, and surf country blues duo Crushed Out. All this for just $5?! That’s just over a dollar a band, so get your ass to fooBAR tonight to get FUBARed on some PBR.

Local blues rock, hip hop infused funksters Judah and the Spoox have been on the scene for a while now, but we haven’t heard as much from them of late.  This could be because we’ve been under a rock, or could mean they have been spreading their talents elsewhere for a bit.  The act originated in Hunstville, AL, and spent some time in Tuscaloosa, before moving to Music City to chase their dreams full-time. Regardless of what they’ve been up to since the last time we had the pleasure of rocking out with them, it’s good to see them back in the mix!

Local heavy soul band Brandon Wise & the Scorchin’ Sons are at their most savory live and in the flesh. We’ve been digging on their debut album, Sunshine All Over You, for awhile now, and we are looking forward to whatever new fare they have to offer tonight. Think what would happen if you mixed Motown tones with the sounds of rock ’n’ roll … now you’re starting to get the picture Brandon and his homies are painting.

East Nashville residents American Dream are a unique blend of pop vocal harmonies laid over alt country arrangements. Honky tonk with a facelift. We are digging on three of their newest releases, find “Can’t Wait” embedded below, and can’t wait for a new full-length to drop. Friends of friends, AD are a band to watch in the coming months as they refine their live show and record new music.

New England based, by way of Brooklyn and Effingham, NH, Crushed Out are a super high energy honky-tonk husband and wife surf duo that are anything but the same-old same-old. If those two genres seem like polar opposites, and you’re not sure how they could ever be blended together, we encourage you to check out the embed below and see for yourself how they seamlessly pull it together, live and in person.

Judah and the Spoox, Brandon Wise & the Scorchin’ Sons, American Dream and Crushed Out will perform TONIGHT, May 28 at fooBAR. The show is 21 +, begins at 9 p.m. (doors at 8 p.m), and tickets are available for $5 at the door.