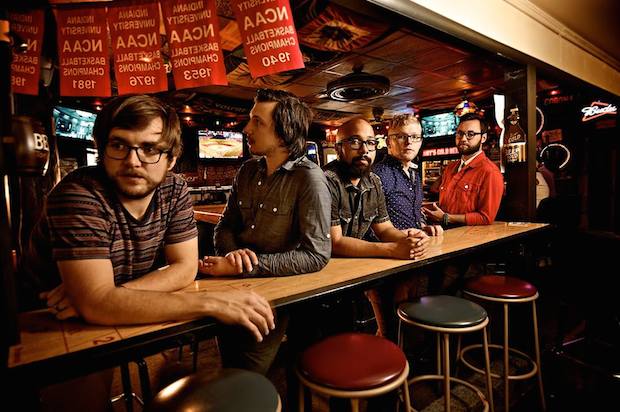 Add some zing to your hump day, tonight at Exit/In, thanks to local indie label, Palaver Records. They sponsored this evening’s showcase, featuring folk rocker Joel Levi, pop funksters Joshua and the Bandits, and rock ’n’ roll outlaw Jack Berry. Best part of all? NO COVER and it’s 18+, so you can bring all your friends, and not spend all your dough. Read on for more information about the line-up and get your ass to Exit/In tonight!

Hailing from the Hoosier state originally (Anderson, IN), Joel Levi started building a name for himself in his new home, Music City, almost immediately. He and his band recorded their first effort, The Little Places, with help from local Grammy award-winning producer and songwriter Charlie Peacock. His latest record, Rangeline, dropped last fall, and is more of his ready for Lightning 100, alternative folk, Dave-Mathews-Band-style Americana that always gets toes tapping. We’ve covered Joel before, and look forward to seeing how he’s progressed, plus we hope to hear some new songs, hopefully. Have a listen below, and go see him play live … for free!

JOSHUA AND THE BANDITS

Southern soul, mixed with funk, sprinkled with a dash of Motown and Jazz. Follow? If so, then you’re starting to get a feel for Joshua and the Bandits. The native singer songwriter, who spent some time in LA before coming home, has an impressive list of accomplishments so far, including sharing the stage with the paisley peacock himself, Prince. For his latest project, each week in 2014, Joshua, his bandmates, and sometimes just co-writing friends released a new “Work Tape,” some (or all) of which we hope to be hearing collected together on a new LP or EP soon. Get a feel for what he’s putting down below.

Rambling all around the U.S., but originally hailing for Reno, NV, Jack Berry’s brand of outlaw, troubadour, rock ’n’ roll music is just what we all need more of in our lives. He sounds a bit like Steve Earl meets the Black Keys, and his infectious tunes have a way of sticking in your head. After gigging around LA for awhile, with his backing band Loaded Loot, Jack has now started calling Nashville home, and has recruited a new backing line-up that will be sure to blow your socks off in the late night spot on this bill.