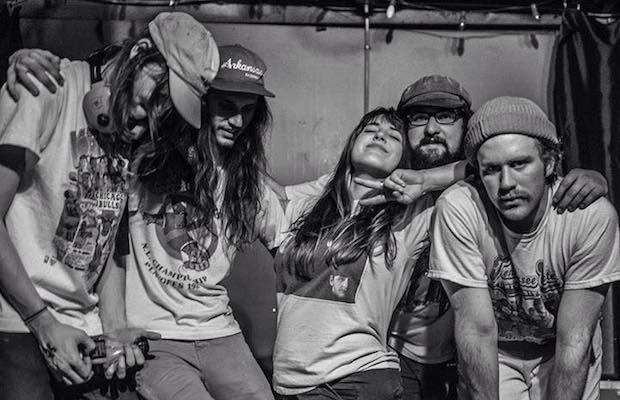 Looking to get your psych rocked tonight for free?  Look no further than the local branch of NY pizzeria Two Boots.  Bowling Green psych rockers Buffalo Rodeo have been turning heads around Nash for a while now, and are dropping the vinyl for their latest release 123 Water tonight. Throw in local psych outfits like The Paperhead, Western Medication, and Michigan based outfit Wayne Szalinski for a FREE, all ages show that is certainly deserving of your attention.

Buffalo Rodeo is celebrating the vinyl release of 123 Water, which dropped digitally in March of this year, tonight at Two Boots.  We’ve been hip to Buffalo Rodeo since a stellar performance at The Basement last year, and have jumped on numerous opportunities to see them since.  The harmonized vocals layering over their fuzzy guitars are perfectly suited to the new local rock scene, and, though technically from Bowling Green, we are glad to have them rummaging through Music City’s scene on the reg.  Check out 123 Water below to get an idea of what’s to come.

Nashville break out psych popsters The Paperhead released Africa Avenue in late 2013, and it remains one of our most regarded records from the local scene in some time.  After some fairly extensive tours in support of the record, they’ve been popping up on more local bills of late, which makes us wonder if they are in town working on a new record.  Perhaps, you’ll find out tonight, and, if you haven’t gotten familiar yet, don’t miss another chance.

If jangly reverberated guitar licks and equally drowned out vocals are your idea of psych pop, then you are probably already a fan of Western Medication.  The band is currently working on new music, and tonight will be a warm up for their upcoming 7″ release party next weekend.  Still in the dark on these guys?  Check out some of their older stuff below to get in the know.

Michigan based “emo-indie-post-whatever-rock”ers, Wayne Szalinski is touring in support of their late 2014 release Black Mirror.  They’ve been out on tour with Buffalo Rodeo for a while, and we’re looking forward to seeing how this impressive debut record translates live.

Buffalo Rodeo, The Paperhead, Western Medication, and Wayne Szalinski perform tonight (May 21, 2015) at Two Boots Pizza. The show is All ages, begins at 8pm, and this sucker is FREE!