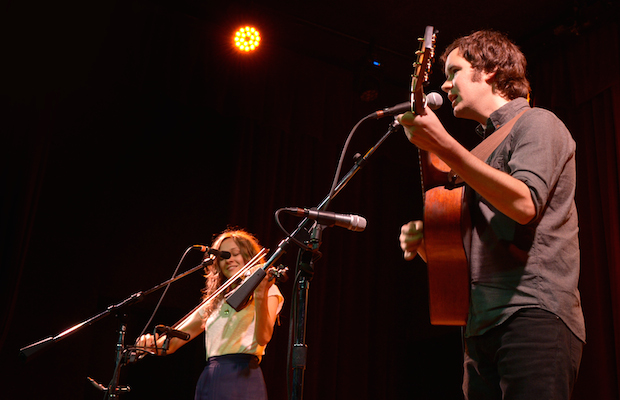 We made our way out to the Nashville’s City Winery last week to catch Mandolin Orange w/ Jill Andrews. Hot off their new release, Such Jubilee, Mandolin Orange showcased their new album throughout the evening, and Jill Andrews put on a splendid opening set. Keep reading to check out our full review and photographs of the night’s performances from Mary Beth Blankenship.

Jill Andrews opened the night to a packed house performing songs mostly from her collection of solo work. About mid-way through her set, she brought up friend and longtime bandmate, Josh Oliver to accompany her on vocals for an old Everybodyfield’s song “Red Rose”. We were definitely glad we showed up early because Jill wowed the silent and attentive crowd with her captivating voice and pleasant, bubbly banter. 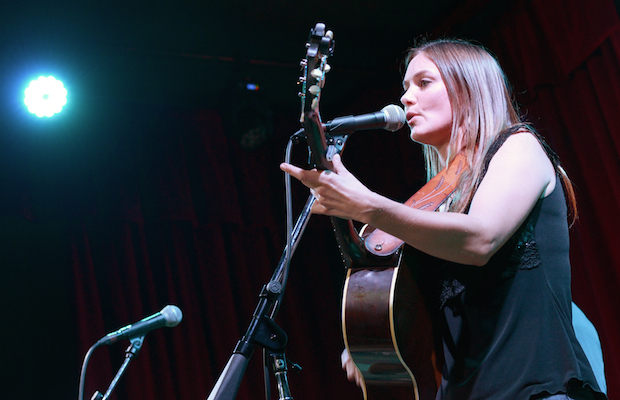 Mandolin Orange had just released their third full-length album, Such Jubilee, a day prior, and we couldn’t wait to hear the new tunes live. Andrew Marlin and Emily Frantz have that kind of musical talent that just kind of sneaks up on you out of nowhere. Their voices and instruments blend together perfectly, and they have the songs and showmanship to deliver such a satisfying live sound for those of us who love acoustic guitars, fiddles, mandolins, and effortless harmonies. They performed songs off all three of their albums as well as a couple cover songs. They blasted out a Doc Watson tune, “The Train That Carried My Girl From Town” and a rendition of Gregory Alan Isakov’s “Amsterdam”. 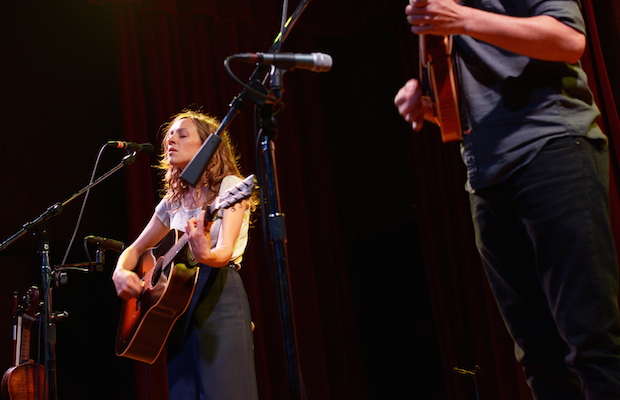 One song off the new record really stuck with us, “Blue Ruin”. It is truly one of the most heartbreaking songs we have ever heard. It recounts the events of the Sandy Hook Elementary School shooting in Newtown, Connecticut around the time of the Christmas holiday. Marlin sings about waking up hungover from the night before to the news breaking of the shooting. He wonders if a miracle such as the birth of Christ on the morning of the shooting could have prevented the tragedy, and if anyone including the shooter would have even stopped to witness it. With all the renewed debates over gun control laws and sensationalism of this tragedy, this song serves as a reminder that our humanity matters most of all. 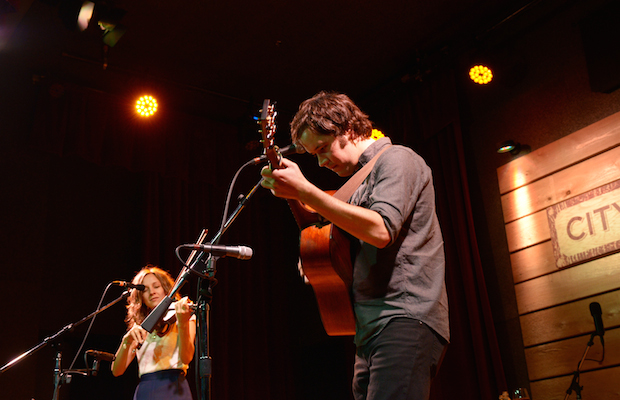 Mandolin Orange continued to hit all across the emotional spectrum throughout the evening, and even brought up Jill Andrews for some light hearted collaboration. They finally capped off the show with a pair of tunes about whiskey and trains. We got exactly what we expected from Mandolin Orange, a genuinely great set of music. Do yourself a favor and pick up copy of Such Jubilee, and catch Mandolin Orange next time they come to town!