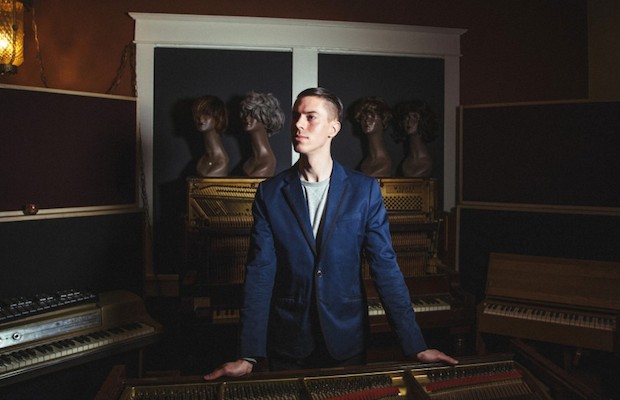 It’s been a minute (a few years actually) since we’ve heard from local piano man, Zach Vinson.  After his 2011 release, The Streets Will Turn To Streams, Vinson took a step away from his life-long dream for a career in music, and slipped into a self-described state of doubt about his motives, talent, calling, and dedication.  However, when he finally stripped himself down, he once again found the joy and wonder in the art of making music.

Zach’s latest record, How We Spend Our Days, was written largely during those dark years, but has a sound that is reminiscent of a phoenix rising from the ashes to fly again.  Featuring Zach manning the piano, wurlitzer, and guitar, along side his long-time band and the folks at Futureproof Audiolab, Vinson clearly channels his influences of Ben Folds or Gabe Dixon in this exciting album, which should bob along in the rising tide of Nashville indie pop.

How We Spend Our Days officially drops on June 2nd, but you can have a listen to the first single “Lady” below.  Then head out to see him tonight at The High Watt with Daniel & The Lion and Aliza Carter Band.  The show is 18+, gets started at 8pm, and tickets are available for $5.