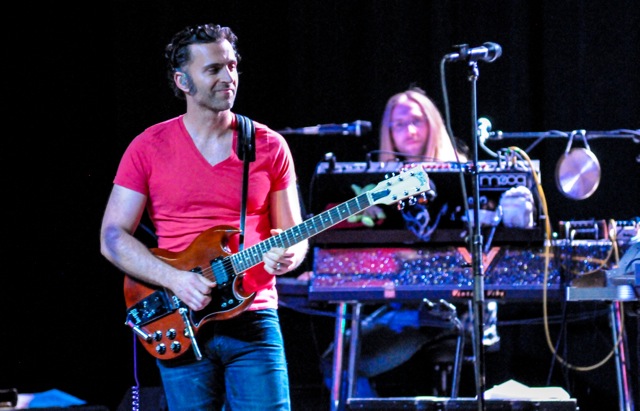 The opportunity to see Frank Zappa perform is really one of those holy grail type moments for many music fans.  It’s akin to seeing Miles Davis or Jimi Hendrix for my generation, and, I would guess, akin to seeing Kurt Cobain for most everyone younger than me.  Unfortunately, life is short, but the legend of Frank Zappa’s music lives on through his son, Dweezil, and a VERY well assembled troupe of musicians performing under the moniker Zappa Plays Zappa.  We caught their recent set performing the 1975 classic, One Size Fits All, at Marathon Music Works. Check out our review and photos below to get an idea of just how special of a night it was.

Those of you that were at the show (or researched tickets online) know that there were two or three levels of seating in front of the stage with standing room only behind the barricades separating the true fans (or just those with more money to spend) from “gen pop”.  We spent the 20 or so minutes before the band took the stage trying to figure out how to finagle closer for photos, but that apparently just wasn’t in the cards. 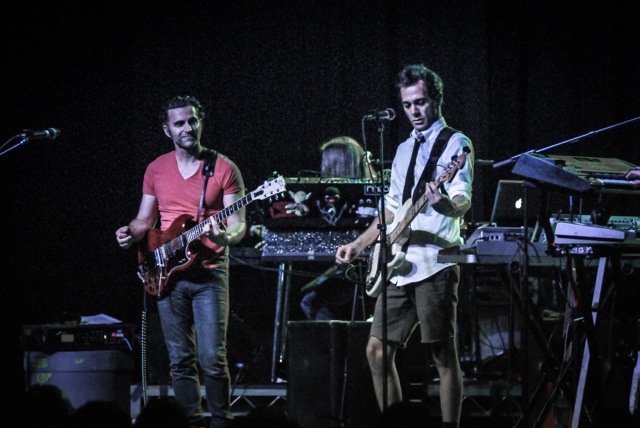 While the photos suffered from the non-standard seating arrangement of the evening, the views from the perimeter were fantastic as the band took to a stage that was absolutely crammed with instruments of all variety.  Of course, fans of Zappa know the man was a master of mixing instrumentation… as well as rhythms, genres, and just about everything else musically.  After a quick introduction, Dweezil took the mic to inform us that they would indeed perform all of One Size Fits All, along with a smattering of his father’s hits, and the band tore into the first track, “Inca Roads”. 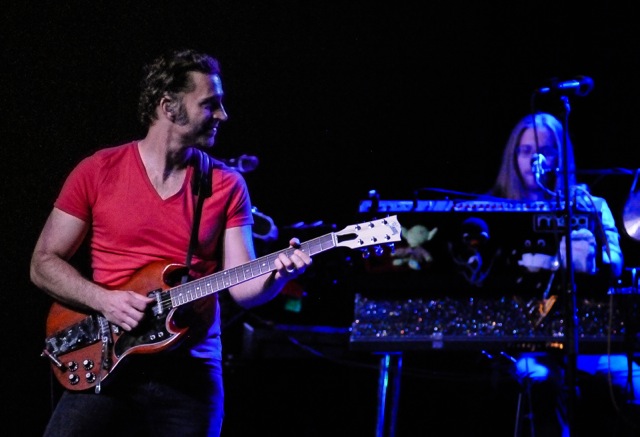 As they continued to play the record, pretty much note for note, it was hard not to notice the huge smiles on the faces of all of the performers.  Either they were switching off from trombone to eerily accurate Frank vocals to trumpet, or from keyboard to flute to theremin, or from keys to guitar to organ, or just man-handling a drum set, but regardless they were clearly happy to be expertly showcasing their skills.  Dweezil, who surely schooled some local pickers on his deft guitar skills earlier in the day at his Masterclass, has perfected his father’s technique and tone, and was the ringleader for a true highlight of the evening, when he one at a time asked the members of ZPZ to play in different time or techniques on a particular instrument.  You could see each of the musicians stare at the instrument and think for all of 5 seconds or so, before they created their own Garage Band cacophony of an improv jam that would’ve have definitely made the late Frank proud. 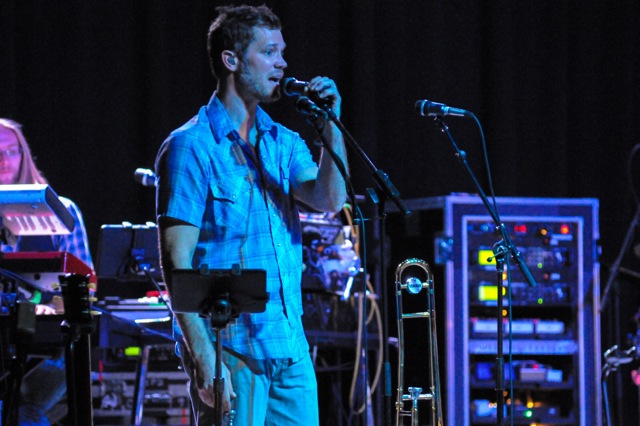 Other highlights of the evening included an appreciative Dweezil excitedly announcing that local drum god, Chester Thompson, who played with his father, was going to sit in, “even though it was his wedding anniversary and his wife had allowed him to come join us for a song.”  Chester’s cameo only barely beat out the drunk guy that couldn’t stop screaming “Dynamo Hum. Please play Dynamo Hum” while the band was still trying to finish the album that would account for the first set.

The second set was nothing but hits, and that’s when things really got rowdy.  A visibly older (and more intoxicated) crowd was singing word for word, dancing around the room, and living in a moment from their past… just like we were.  The downfall of this aging music (and our aging bodies)?  We were exhausted after two hours of brain bending, aurally challenging tunes, and had to call it quits before the end.  The upside?  We’ve dusted off quite a few old albums to remind us of the genius of Frank Zappa.