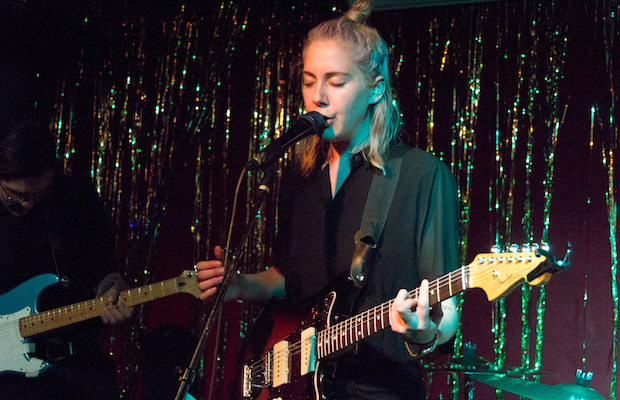 It’s always encouraging to see former Nashville residents pass back through after moving on in their career, so we were excited to catch Torres play a set at The Stone Fox last week on the heels of her amazing new album Sprinter. Read on after the jump for a full review of the show and photos from Justin Humbert.

Although I’ve lived in Nashville for almost two years, I’m a little ashamed to admit that this was my first trip to The Stone Fox, especially considering how much I ended up enjoying the place. It was just the right size for an intimate performance like this, and the acoustics were amazing, so I’m really hoping to make this a regular spot in my routine. 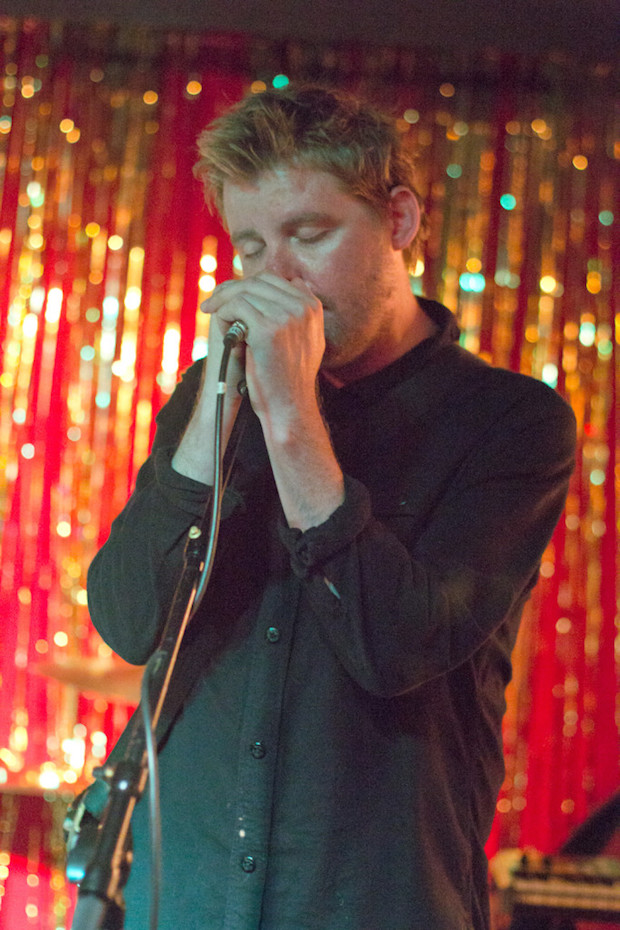 Wisconsin-based singer-songwriter Josh Scott, accompanied by a bassist and drummer, opened up the set with music under his stage name Aero Flynn. His style of music translated surprisingly well into a live setting, particularly due to the live drumming, and his light and dreamy vocal style held up well against the loud music. It was a good parallel to the more intense set that followed. 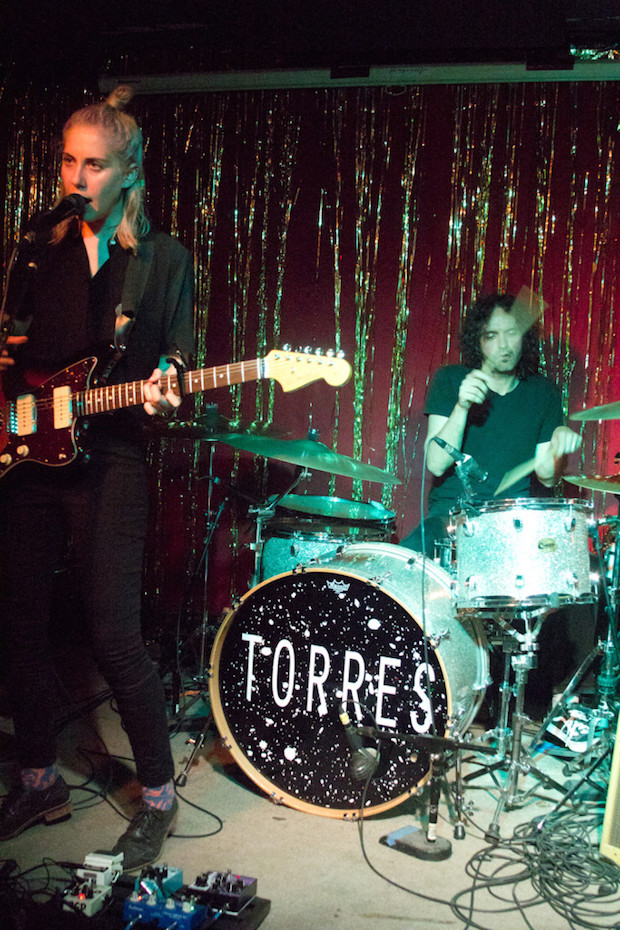 Mackenzie Scott, better known as Torres, casually waltzed up onto the stage after hanging out in the crowd during Aero Flynn’s set. I was a little caught of guard when I looked up and saw her a couple of rows in front of me, because I’m not used to that happening at the shows I go to, but it was really cool to see an artist in that kind of familiar setting.

She opened with the ominous “Son, You Are No Island,” immediately commanding the attention of everyone in the room. My biggest complaint at most shows is that I either can’t hear what they’re singing or can’t understand them (or both), but that wasn’t even remotely an issue here, which I was very impressed with. Torres’ voice was clear, concise and strong the whole time. She followed up with several songs from the new album, keeping it slow with “New Skin” and picking it up with “Cowboy Guilt” and my personal favorite “Strange Hellos,” a grunge-infused song with seething lyrics about the struggle to forgive or be fake. The former Nashvillian paused and thanked everyone for coming out, and it was touching to see someone so clearly grateful for the support. She closed out the set with the single that first generated buzz, “Honey,” followed by “The Harshest Light,” and “November Baby.” If you haven’t checked out Sprinter yet, I highly recommend that you do so now, and don’t sleep on your chance to catch Torres the next time she comes back to town.