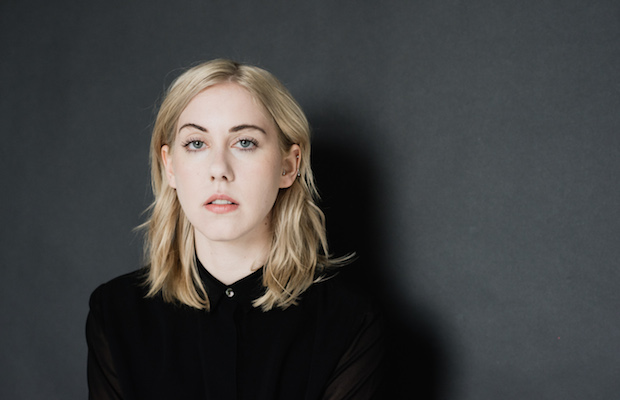 It’s been a couple of years since we’ve seen the talented singer-songwriter and Belmont alumna Torres play in Nashville after relocating to Brooklyn, but tonight she’ll grace one of our favorite west-side venues, The Stone Fox, with her presence. The show starts at 9pm and tickets are only $10, so read on for a full preview, and don’t miss your chance to see the brooding songstress with an opening set from Aero Flynn.

Mackenzie Scott, the powerful force behind the moniker Torres, started making noise with the release of her self-titled album in 2013, even earning a Best Track nod from Pitchfork for her single “Honey.” Now, fresh off the heels of her sophomore album Sprinter, which was just released yesterday, Scott is continuing to gain momentum with her raw, edgy songwriting style, singing about everything from heartbreak to religion in moody ballads and fast, grungy tunes. Portishead guitarist  Adrian Utley and PJ Harvey bassist Ian Olliver were part of the recording process on the new album, which is evident in its atmospheric sound. Check out the video for the first single “Strange Hellos” below.

Aero Flynn, the solo project of Josh Scott, was formed after the dismemberment of his band Amateur Love, which consisted of former members of Justin Vernon’s (aka Bon Iver’s) band DeYarmond Edison. Apparently the musical circles in Eu Claire, Wisconsin, where both artists emerged from, are very small and similar, but Scott combines an element of Radiohead-style electronica in his music. “Dk/Pi”, the first single from his new self-titled album, is a catchy, chillwave tune that’ll have your toes tapping – check out the video for it below.

Torres and Aero Flynn will perform Wednesday, May 6 at The Stone Fox. The show is 18+, begins at at 9pm (doors at 8pm), and tickets are available for $10.