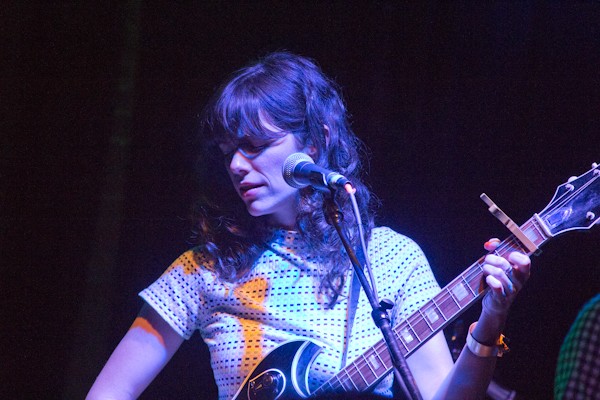 Natalie Prass closed out a couple very busy days in Nashville that included opening for Ryan Adams at the Ryman (twice), an in-store at Grimey’s, and at least one radio appearance and ended with a headlining show at the High Watt on Wednesday night. Hip Hop/Rap duo, Out of Place, opened the show.

We were there so keep reading to hear what we thought and check out some more great photos from Justin Humbert.

I arrived around 8:45 and was one of maybe 25 people, which was a little surprising given that it was a sold out show and a 9PM start. Opener Out of Place, is a hip hop duo led by 247, who started making music with a neighborhood friend who then introduced him to Common, Busta Rhymes, Q-Tip and others. Their newly formed group Royaltee’s first gig in a gymnasium was a success that lead them to Nashville where 247 met Ugly Lovely & Black Cat Sylvester which lead to forming Out of Place.  Based upon the limited information I found, they appear to be Austin based have put our only one album thus far, Return Of The 90’s, which was released in 2011. By midway through their set, it seemed like the the place was near capacity and seemed to be enjoying Out of Place’s set. I didn’t catch names of the songs but a couple standouts included one featuring a female vocalist, one about Summertime in Nashville (feels good) and another one about pepperoni pizza. 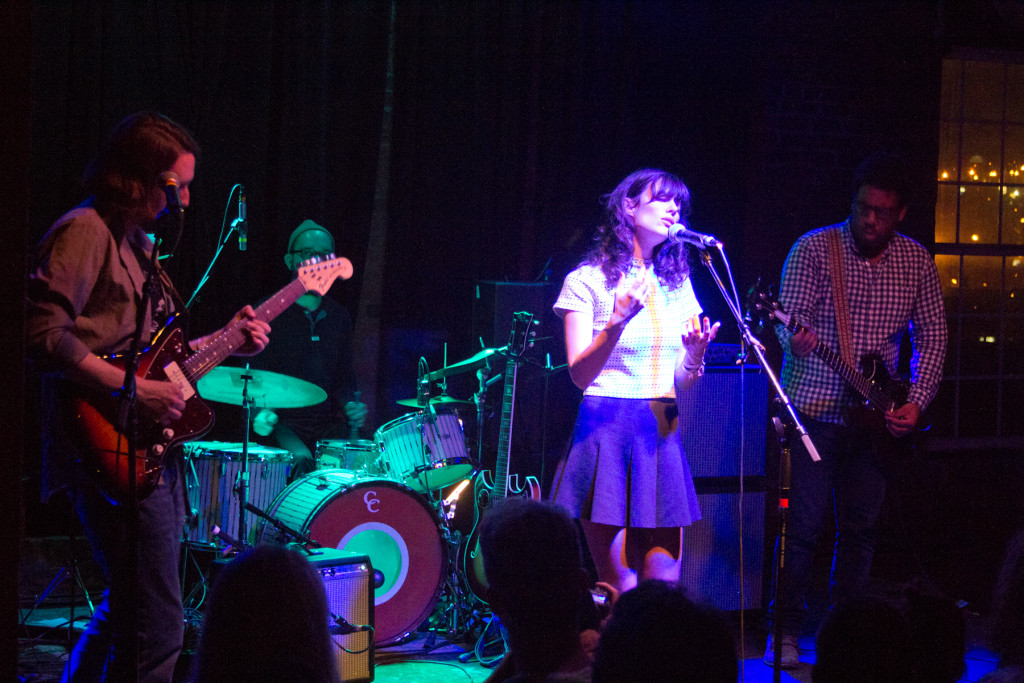 By the time Natalie Prass took the stage, the place was pretty well packed. I gotta believe some of the crowd was expecting Ryan Adams to show up. Well, at least, I was!  No Country has been a fan of Natalie’s for a while but this was my first time seeing her perform live. She kicked off her set with “Your Fool,” “My Baby Doesn’t Understand Me” and “Bird of Prey,” which are all from her new album.  She put down her guitar and introduced the next song, “It Is You” with Disney princess references that I didn’t understand until she began singing and, later, through the use of Google.  She next performed a couple great covers of “Caught Up in the Rapture” (Anita Baker) and “Any Time, Any Place” (Janet Jackson).  Apparently, she recently relocated to Richmond, Virginia but indicated a few songs had been written during her time in East Nashville.  She finished her set with  “Christy,” “Reprise,” “Violently,” and “Why Don’t You Believe in Me”.  I stayed through the encore and, to the best of my knowledge, Ryan Adams didn’t make it but I don’t think anyone, including myself, was disappointed.  Prass is an excellent singer-songwriter with a great stage presence, probably honed during her time with Jenny Lewis.  A tight band, which included a horn section on several songs, added to the experience. My friend referred to the sound as alternative jazz but it reminded me of something between a 50’s lounge singer and 70’s pop with a little more edge.  It was a great introduction to Natalie Prass.