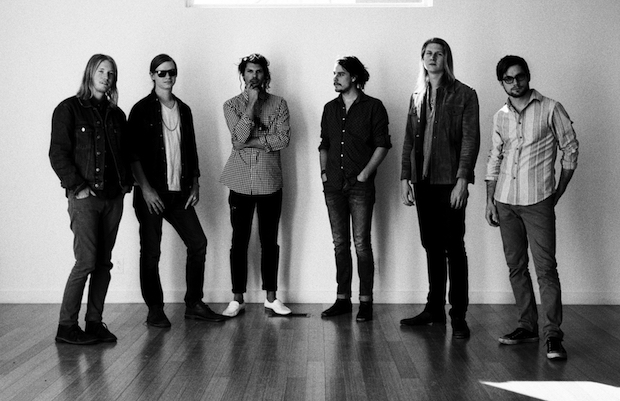 Per annual tradition, Bonnaroo, BMI, and Mercy Lounge teamed up this year to host the battle of the bands style Road to Bonnaroo competition, earning three local bands spots on the festival lineup over the course of three installments. This season’s first winner was returning competitor Sol Cat, a longtime fixture of the local rock scene (and a band we’re surprised haven’t been invited to play ‘Roo sooner).

We’ve been writing about Sol Cat for about as long as they’ve been a band, and, over the past few years, have watched their long-standing psychedelic and groove-rock tendencies more into a tighter, broader style which includes poppier arrangements and more electronics. The group made a splash around town with their eponymous debut LP in 2013, the promptly followed it up with a more expansive, experimental EP, Welcome to Cowabunga. Save for a pair of singles last summer, “Bread on the Table” and “Body Like That,” things have been relatively quiet for the quintet this year. We’re told that their highly-anticipated new album is on the way, however, and a triumphant return to Nashville’s Marathon Village Block Party, plus their well-deserved ‘Roo debut, shows that Sol Cat are gearing up for another busy year. They’ve been one of our favorite local acts for quite awhile, and we’re more than ready for the rest of the world to see what we’ve been raving about.