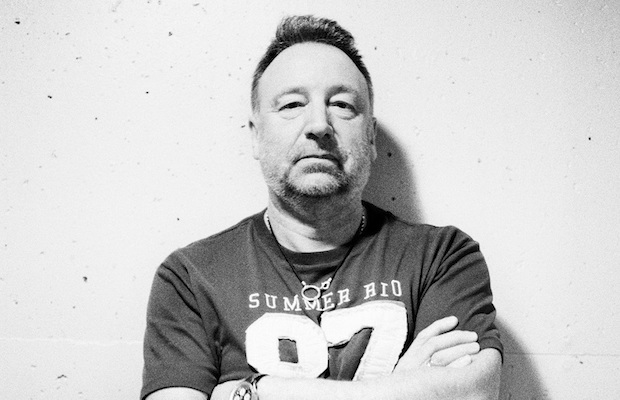 Famed Joy Division and New Order bassist/vocalist and co-founder Peter Hook has, for the last five years, been revisiting his roots in a major way with Peter Hook & The Light; essentially  an ultimate tribute to his former band. Pegged as a “Joy Division celebration,” Hook and co. have been touring the world performing Unknown Pleasures and Closer for the first time since the group’s unfortunate end in 1980, and, while it’s not quite the real thing, it’s about as close as we’re ever going to get, and it’s damn cool. Hook will bring the group to Nashville for the first time ever tonight, April 28 at Exit/In. Tickets to this special outing are still on sale here, so, if you’re a fan of Hook, his prior groups, or post-punk in general, you’d be crazy to miss this once in a lifetime show. Read more about it below!

Peter Hook, along with childhood friend and guitarist Bernard Sumner, formed Joy Division in the late ’70s, and, through only two proper full-length releases, Unknown Pleasures and Closer, helped pioneer the British post-punk scene. Before their second album even hit shelves, vocalist Ian Curtis committed suicide, abruptly and devastatingly putting an end to a band who were only beginning to realize their full potential (their posthumous influence on music since has been immeasurable). Out of respect to Curtis and his irreplaceability, the surviving members of Joy Division formed a new group, New Order, in 1980, exploring broader realms of new wave, synthpop, and alternative dance music, continuing to this day as a massive success. New Order have taken a few breaks over the years, and following their most recent reunion, in 2011, it was announced that Hook would be stepping away. In an admirable move to return to his roots, the acclaimed bassist and vocalist formed Peter Hook & The Light, which, for the past five years, has essential served as the ultimate tribute to Joy Division (and the closest you’re ever going to get to seeing them, save for New Order occasionally peppering a hit or two into their set). Hook and co. have been celebrating his former group’s legacy by performing both Unknown Pleasures and Closer on the road. The most surprising part? It took this long for Peter to show off his killer Ian Curtis impression (seriously, it’s on par with Johnny Marr’s Morrissey, for his Smiths-heavy set at recent shows). This is the ultimate for any Joy Division fan, and an incredible and unique chance to see Peter Hook in a small club for the first time in years; calling it a tribute feels like we’re underselling it, because this is the real deal.