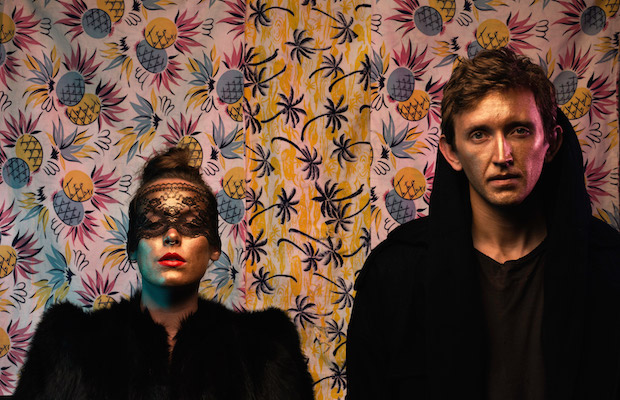 The success of Sylvan Esso might be one of the most unexpected surprises of the past year.  Amelia Meath originally wrote the hit song “Play It Right” for her previous band, Mountain Man.  However, on a fortuitously booked bill at a small club where Mountain Man was playing, she shared the song with electronic producer Nick Sanborn, and duo of Sylvan Esso sprung to life.  They worked out the rest of their debut self-titled record in Durham, North Carolina before becoming the darlings of taste-making festivals like SXSW.  By the time the album released in May 2014 on Partisan Records, Sylvan Esso were already a rapidly rising force in the blogosphere.

With the undeniably catchy, electro-infused indie pop tracks like “Coffee,” “Play It Right,” and “Hey Mami,” it’s hard to believe that any of you out there haven’t heard of Sylvan Esso yet.  But, if you haven’t, it’s just a matter of time.  With 2015 packed with festival dates, including an outstanding Coachella set that we got to hear on satellite radio, and a headlining tour (where they impressed the shit out of us at Cannery Ballroom), the only question left for Sylvan Esso is what happens next.  Get in the know about this insanely buzzy act, and get to The Other Tent early for what is sure to be a packed set at The Farm.