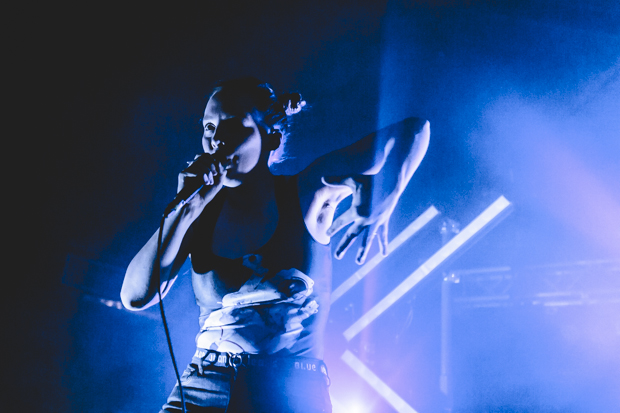 It was a full on dance party last Wednesday at Cannery Ballroom, and that’s no April Fools Joke.  North Carolina electro-pop duo Sylvan Esso and Flock of Dimes sold out Cannery Ballroom in what we could only call the most crowded buzz band show there since Alt-J did the same thing almost two years ago.

Check out below for our full review and more outstanding photos from Jake Giles Netter.

Flock Of Dimes is sonically a cool new direction for Jenn Wasner of Wye Oak fame. In her second coming to Nashville, she rolled in solo, armed only a computer, a table of electo doo dads, and an occasional guitar. Her vocals drenched in reverb and backed by synthy electro beats, she created a pretty and danceable atmosphere that was largely lost on the chatty crowd who was clearly there for the headliner. We look forward to seeing Wasner, with any of her projects, back at a venue (and with a crowd) more suitable for her talents soon, and it has us even more excited for the new Flock Of Dimes album that is reportedly in the works. 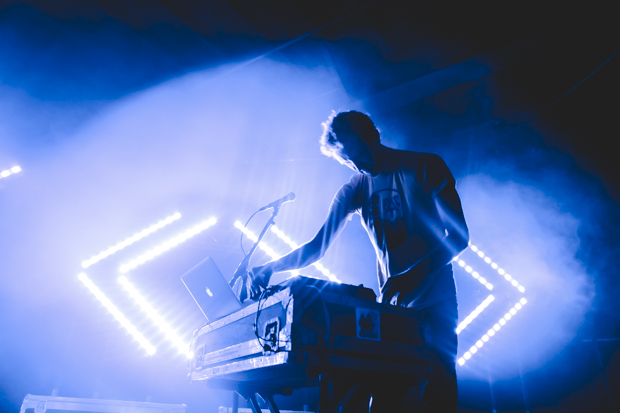 By the time, Sylvan Esso took the stage, the room was at capacity, and room temps were skyrocketing with body heat. Touring in support of their debut self-titled electro-pop dance standout, the bass rumbled through the room, while Amelia Meath’s soothing jazzy vocals soared in chorus with the eager fans. Our concerns that the show would be, uh boring, given the duo comprised only of a singer and a DJ was proven wrong by Amelia’s modern balletish dance moves on the stage. Without even playing mega hits in the first few songs, the largely college crowd was beside themselves, but completely exploded as the distinct thrum of “Coffee” took over the room. A giant singalong ensued with the call and response that would be largely unheard of from such a new band, but I guess new bands don’t typically sell out a 1,000+ cap room months in advance… Especially not in Nashville. 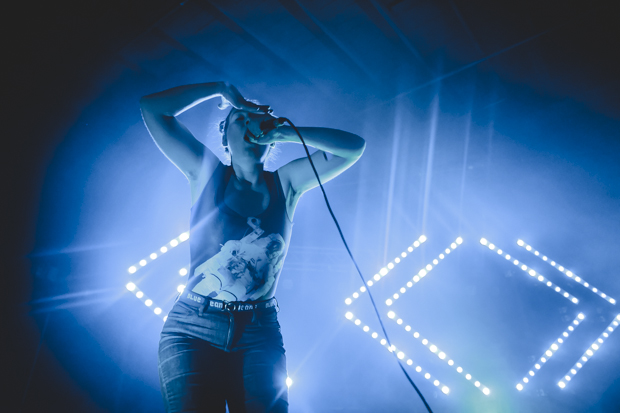 The crowd let down slightly during the next less popular tracks, which alternated through some slightly too quiet tracks that were overwhelmed by the crowd din and some that veered more to straight-up dance beats. However, by the time the duo began the first verse of “Hey Mami”, the crowd was back in the palm of their hand for the rest of the night.

All in all, Sylvan Esso put on a far better show that I could have expected.  If you are a fan, and I’m not sure how you couldn’t be, then you need to make sure you see them at Bonnaroo this summer.  Head below for some more great photos from Jake Giles Netter.