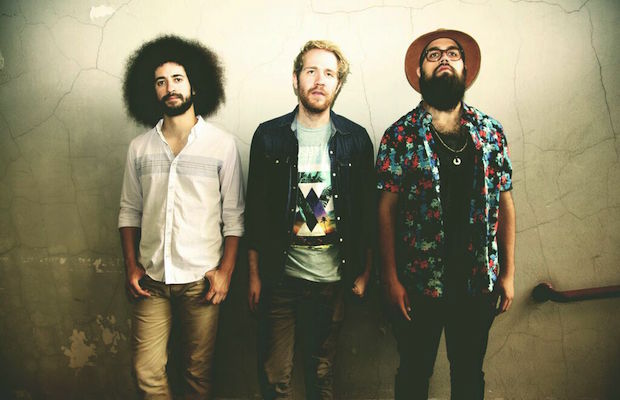 Hailing from Albany adjacent Saratoga Springs in upstate New York, soulful, nostalgic, and psychedelic rock trio Wild Adriatic have grown into an unwavering live force over the last several years. True road dogs, the group managed to play an impressive 175 dates last year, are on track to do the same in 2015. Somehow, amidst all of the touring the band also found time to release their stellar debut full-length in 2014, a followup to their breakout 2012 EP Lock and Key, called Big Suspicious. Apparently not ones to slow down, Wild Adriatic already dropped another four-song EP earlier this year, Never Enough, spawning their latest single, “Strange Persuasions.”

Channeling the soulful, psych-tinged influences of ‘7os rock acts like Led Zeppelin and Humble Pie, the group’s sound definitely drips of nostalgia, but manages to infuse that with a straightforward, modern rock sensibility. Their versatility has already earned them spots supporting acts like Grand Funk Railroad, Robert Randolph, Blues Traveler, Deer Tick, MuteMath, and more, and they’ve already debuted as festivals like festivals like SXSW, moe.down, Gathering of the Vibes, Summer Camp, and CMJ. Next stop: Bonnaroo.