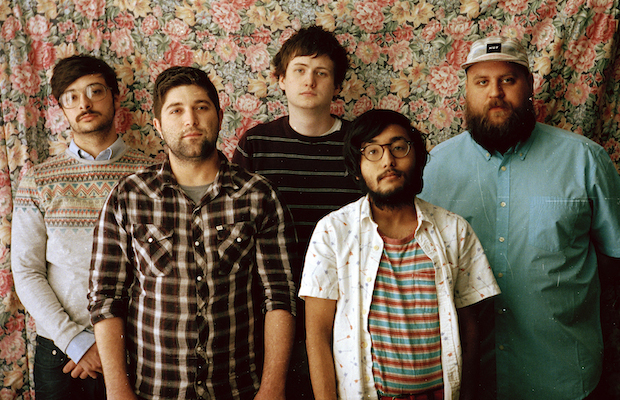 Indie rock band Foxing, with special guests The Tempest and Forrister, will be playing at Tempt in Murfreesboro tonight (April 27th). Foxing released their first and only album (so far) in the fall of 2013, and they will be on a summer tour this year with mewithoutyou. Both The Tempest and Forrister (formerly The Star Killers) are rising indie rock bands, making this a show that’ll flow well sonically, and a chance to catch some great up and coming acts.

Read on for a bit more about all the bands.  Things get started tonight around 7pm, and you can still snag $10 pre-sale tickets right here, or drop $13 at the door.

Foxing re-released their debut album The Albatross this past year. Although often labeled an indie rock band, Foxing also has a largely emo sound to their music, which is filled with both emotional lyrics and very talented instrumental parts. Their songs are largely about ex-relationships and relationships that never were.  Any review you read will tell you their album is not just good, it’s great. They are absolutely a band to keep an eye on.

The Tempest are Atlanta natives with large influences from Brand New, Manchester Orchestra, and From Indian Lakes. Their debut album, Houses and Hotel Rooms, was produced locally in Nashville and was released in February of this year. This alternative indie band shows great potential.

Forrister (formerly The Star Killers) hail from Memphis, TN. They have not yet released an album, but they have released a single, “Choked Up” which they engineered, mixed, and mastered themselves. If that doesn’t prove they’re a talented group, seeing them live absolute will.