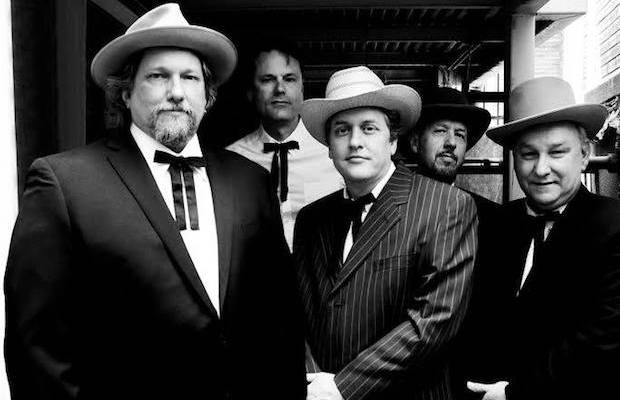 Arguably the greatest resonator guitar or dobro player in the world, Jerry Douglas’ list of accomplishments is staggering. He’s won a mind-blowing fourteen Grammy Awards, the Country Music Association’s “Musician of the Year” three times, released thirteen solo albums, and earned a National Endowment for the Arts’ National Heritage Fellowship. Over his long career, he’s also played on countless records for other people, working/recording with the likes of Ray Charles, Dolly Parton, Eric Clapton, Paul Simon, Phish, Mumford & Sons, Elvis Costello, Johnny Mathis and Alison Krauss to name a few. Just a couple more feathers in the cap, he also performed on the O Brother, Where Art Thou? soundtrack, and has been part of, or sat in with too many bands to mention. Jerry has also performed Bonnaroo once before, in ’06, though as a solo artist and not with his new band.

Douglas’ latest endeavor, The Earls Of Leicester, are a new grass outfit calling Nashville home, who dropped a self-titled record this past September… and yes, it won the Grammy for Best Bluegrass Album of the Year, just in case you were wondering, or keeping score at home. We were blown away when we saw him and his friends put it down at The Ryman (read this post), and we will definitely be checking out The Earls’ set on the Farm. You should too, because Jerry and co. may be the heaviest new hitters on the line-up, and the whole point of ‘Roo is to get you’re mind blown by performers you never expected to see. There’s a reason many call him the G.O.A.T. on the dobro.

LISTEN | “Till The End Of The World Rolls ‘Round”