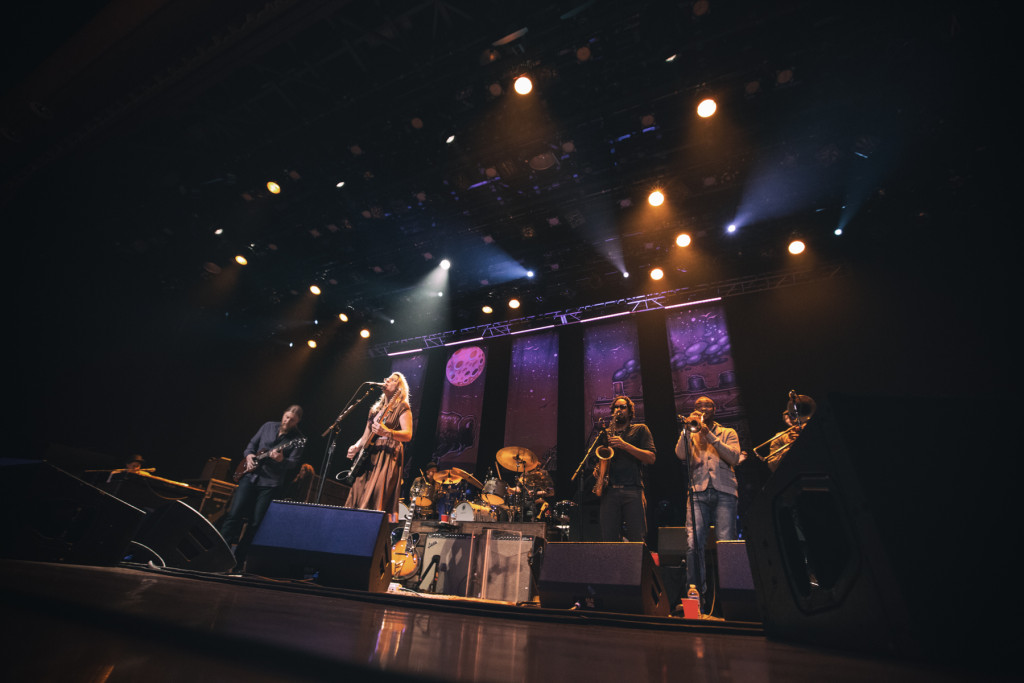 Bringing the jammiest funk performance we’d seen since Bonnaroo 2014, the Tedeschi Trucks Band nearly peeled the paint off the walls at Ryman. We caught the first night (Feb. 12th) of their sold out two night stand, and were blown away by them and their legendary opener Jerry Douglas. Whether you were there or not, you must read more about one of the best performances we’ve covered in 2015,  and enjoy photos from Sundel Perry. 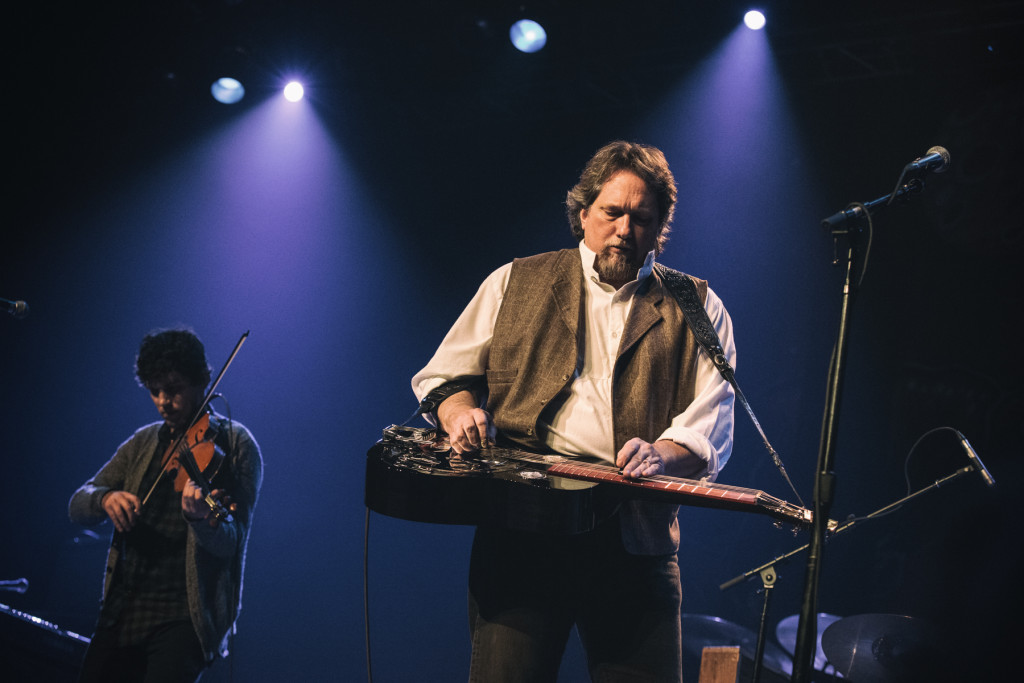 There is no shortage of talented musicians residing or just passing through Nashville, but every now and then the bar is raised to absurd levels. When Jerry Douglas, arguably the greatest Dobro player in the world, took the stage at The Ryman to an already packed house, we were all treated to something TRULY singular, rare and extraordinary. The multi-Grammy winner blasted and slid through a high powered set, shredding his Dobro like Jimi Hendrix shredded his electric guitar. In fake, at one point Douglas busted out a bluegrass inspired cover of “Hey Joe,” finished to thunderous applause and a standing ovation. This would be a theme, the standing and clapping, all night.

He could bounce around from pure funk, to Gaelic, and back to rock ’n’ roll effortlessly. Ever song, and the jams they inspired, flowed like water in a stream, his fiddle and bass players each getting chances in the spotlight. They were worth the price of admission alone. After he’d finished, we went for a beer. While we were gone, an army of roadies set-up for the eleven person hurricane that was about strike after inter-mission. 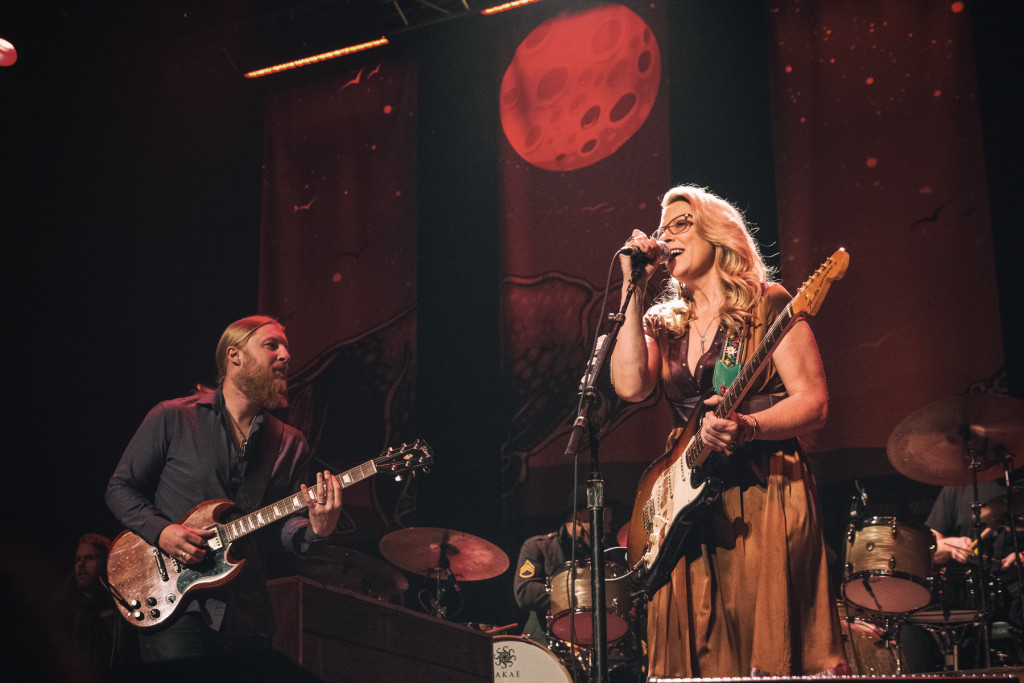 Two drummers, keyboards/organ, sax, horn, trombone, bass, back-up singers, the soulful voice of Susan Tedeschi (nifty playing too), and oh yeah, that Derek Trucks guy on lead guitar. The who played with the Allman Brothers. The guy who might be one of the best slide guitar players in the world.

After brief hellos, they exploded into their opening song, and the soul, funk, rock ’n’ roll roller coaster was off. There was even some jazz traditions in play. The band would take turns highlighting every single member at different points in the show. EVERYONE got a turn to shine. There wasn’t a throw-away musician up there, just taking up space or plugging a minor gap. The singers could sing. The drummers were powerful and synchronized. The brass section was on point and had the Fabulous Flames dance moves down. The keyboard player even broke out a flute at one point, but the husband and wife helmed band is always at it’s best, in my opinion, when Derek is wailing on his guitar. The man is a machine and between this show, and the Superjam he played at Bonnaroo 2014, he is one of the top three guitarist I’ve ever seen live. 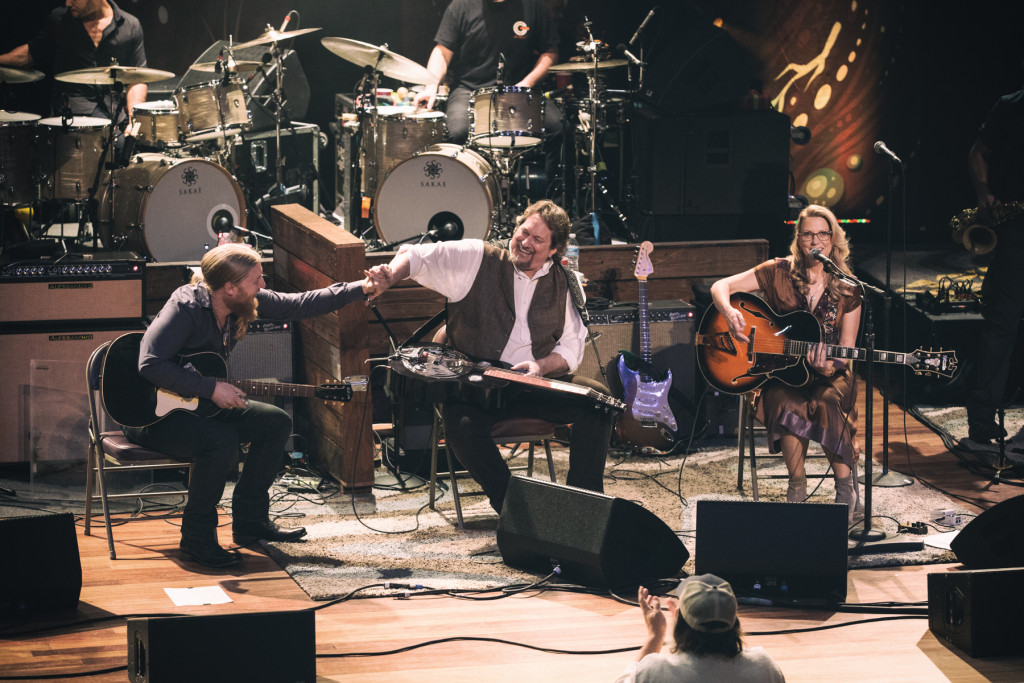 Equally bad ass is Susan’s singing. Infectious and soulful, with just a touch of smoke for flavor. In a candid moment of the performance, she actually forgot lyrics to a new song and had to grab them (and her reading glasses) quickly while the band improvised. No one seemed to mind and she was right back into rhythm soon enough. The collective’s growing catalog highlights her vocal talents and she’s no slouch on her fender either.

One of the show highlights was bringing Jerry back out for a few jams that got extra thick, much to everyone’s excitement. Throughout the entire show, nearly every song ended with a standing ovation. Ryman crowds are almost always my favorite crowds. Usually they’re very knowledgeable music fans who appreciate whats going on on stage more than casual fans. They are synced in, locked in to details others miss. All-around, they pay better attention, and they’re always the most appreciative. 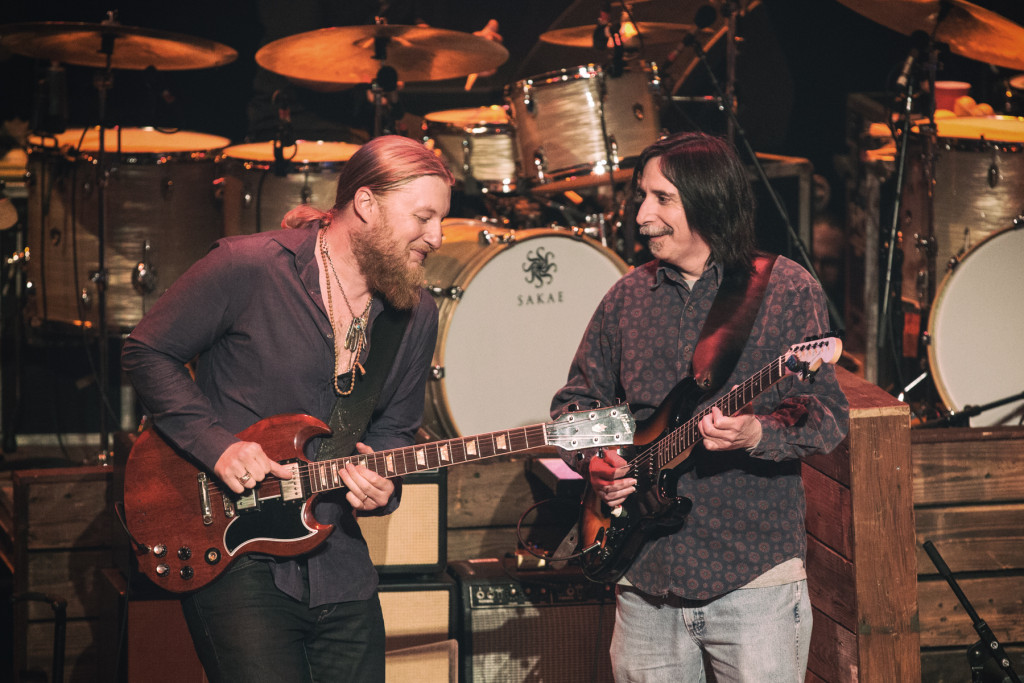 Topping what seemed un-topable, they brought out Jack Pearson for the encore, another Allman Brothers alum, who is also quite “shreddy”. They played a couple more, Derek and Jack having a solo-off towards the end that nearly left my brain melted. My only complaint was I didn’t have tickets to the second night. Looks like 2015 is off to a wonderful start, another truly amazing show at my favorite venue in all of Nashville. Don’t forget to check out photos from Sundel Perry below, and check back with No Country soon for all you need to know about good music in Music City.