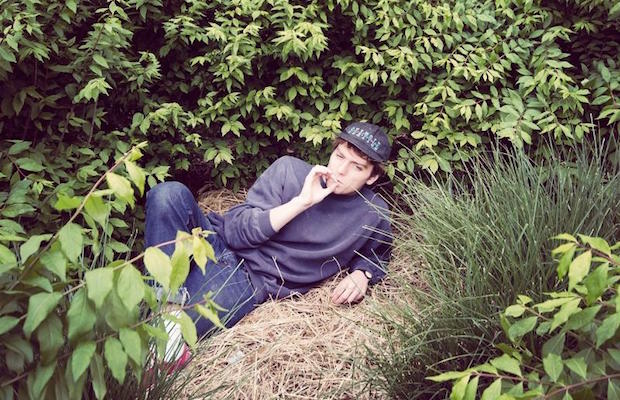 Born Vernor Winfield Macbriare Smith IV, but renamed Macbriare Samuel Lanyon DeMarco by his mother following his addict father’s refusal to pay child support, Canadian singer/songwriter/producer Mac DeMarco has had the colorful upbringing you would expect for an artist with such off-kilter, expansive musical and broader artistic sensibilities. A lifelong hellion, DeMarco spent his youth performing in various bands, and, after moving from Edmonton to Vancouver after graduating high school in 2008, found his first real taste of early success with semi-solo project Makeout Videotape. By 2011, DeMarco had begun writing and recording under his own name, and soon after the release of his debut EP, Rock and Roll Night Club, he piqued the interest of indie label Captured Tracks, who released his full-length debut, 2.

Quickly finding a widespread audience and lauded by critics, 2 enabled DeMarco to tour the world, and earned him spots on various music festivals, including the Club Stages of Bonnaroo in 2013. His more focused, more mature followup, Salad Days, which arrived last year, only helped cement Mac’s status as one of the best, most eclectic indie acts on the rise, and has helped him reach an even more mainstream crowd; he recently made his television debut on Conan, in fact. Combining elements of indie rock, jazz, pop, psychedelic, jangle pop, surf, and more, DeMarco’s lo-fi, self-produced, anti-perfectionist attitude lends its own charm and uniqueness to his layered, dense, and infectiously poppy sound. With Salad Days, his lackadaisical, slacker rock attitude took a slightly more personal turn, but his live shows, famously vulgar and unappreciable, still capture his punk, unpretentious, and carefree mentality. We’re can’t wait to see him on the bigger stages!