No Country’s Guide to Record Store Day 2015: Where to Go, Who to Watch, What to Buy 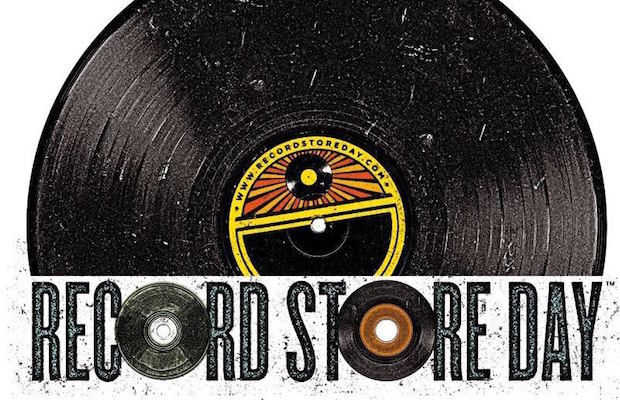 What started as an annual celebration of all things vinyl, marked largely by niche indie releases and celebrating independent stores, has ballooned to become a cultural phenomenon, now in its ninth year, known as Record Store Day. Set to take place tomorrow, April 18, the music lovers’ holiday not only brings a massive number of new, collectible, and limited edition releases an re-issues from artists small and large, but, also, includes tons of festivities at independent record stores across the nation. Being the music obsessed city that we are, Nashville goes all out every year, and there are so many happenings that it’s hard to keep track. That’s why we’ve put together this guide, detailing the stores, sales, performances, events, and releases you can expect to find tomorrow. Read on for more, and start planning your day!

As Nashville’s largest and best-known independent record store, Grimey’s has definitely become the destination for all things Record Store Day. That has its pros and cons; you’ll have to plan to arrive very early (typically, a few people even camp out overnight), and fight through large crowds to find your coveted wax. On the flipside, the selection is amazing, there are sales on non-RSD exclusives, and there’s plenty of free fun to be had, including performances from an impressive slate of artists.

WHERE: 1604 8th Ave S; RSD releases will be in Grimey’s Too (on the right-hand side), and live music will take place in the lot behind Grimey’s (or in The Basement, if it rains).

WHEN: Sales will officially begin at 10 a.m. (when both stores open), but the line could start forming as early as Friday night. Grimey’s asks that campers line up in the lot behind Grimey’s Too, and will move the line to the deck at 6:30 a.m., at which point the Frothy Monkey staff will begin serving coffee and breakfast burritos.

WHAT: Expect to find virtually every release on the official Record Store Day list, plus a few that aren’t. Plus live music, food and food trucks, DJ sets, a $1 sidewalk sale (weather permitting), free swag, a Halestorm meet and greet, and tons of enthusiastic music lovers.

WHY: If you want the biggest, busiest, most comprehensive Record Store Day experience, Grimey’s is the spot. It’s an especially good choice if you’re not as bent on finding all of your record picks, and simply want to have a fun time and catch some live music.

Smaller but just as well-curated, East Nashville’s The Groove has definitely developed a reputation for throwing a solid Record Store Day shindig every year. They’ve got almost as many bands and RSD releases as Grimey’s, but with a typically smaller crowd to deal with.

WHERE: 1103 Calvin Ave; RSD releases will be inside, while additional sales items and festivities are planned for outside (weather permitting).

WHEN: The Groove will open at 10 a.m., but the real party doesn’t start until the afternoon.

WHAT: Most RSD releases will be available, and are limited to 1 per customer, first come, first served. Additionally, there will be a 15% off storewide sale for all other merchandise, new and used. There will be beer and food trucks, including Mas Tacos, on site, along with local vendors, giveaways, and even an evening after party at Rudy’s Seafood and Sausage in Riverside Village.

WHO: Adia Victoria, The Plastic Bags, Idle Bloom, King Bitch, Jawws, Supermelt, Stone Jack Jones, and Mystery Twins have been tapped to perform, and  Mojo of the “Spoonful Show” on WVOL-AM, Angie Dorin of “Cat Beast Party” on WRFN-FM, and Pete Wilson of “Nashville Jumps” on WXNA-FM will provide DJ sets.

WHY: If you want to stick close to the east side, potentially have less of a crowd vying for the same items, or if The Groove’s impressive music lineup is more your cup of tea, this could be a slightly less intense alternative to Grimey’s (and you might even save enough time to slip to another store).

Nestled in Riverside Village, Fond Object is as much a record store as it is a neighborhood hangout. They having a petting zoo, carry vintage clothing, host awesome non-music events, and are genuinely just solid people. While their Record Store Day selection isn’t as gigantic as, say, Grimey’s, they always throw a great party.

WHERE: 1313 McGavock Pike; RSD releases will be inside, music and actives will be around back.

WHEN: The shop opens at 10 a.m., while backyard festivities begin at noon.

WHAT: Fond Object will host great live music and DJs all afternoon, plus food (Two Boots Pizza and more), drinks (The Stone Fox is manning the bar), vendors, and a petting zoo! The shop will have RSD exclusives available, though, in our experience, not as many as some of the other spots in town. No word on their rain plan.

WHY: Fond Object always has an amazing sense of community, and if your idea of a perfect Record Store Day is kicking it with fellow east siders and listening to great bands, moreso than fighting through crowds to score releases, this might be the best spot for you.

Third Man Records does not officially sign the Record Store Day pledge, and that’s because they’re don’t carry releases from outside artists. While this might be a turnoff from those of you with long shopping lists, the Jack White-obsessed will surely find plenty to salivate over in TMR’s always-unforgettable Record Store Day celebration.

WHERE: 623 7th Ave S; Releases and activities will take place in-store and in the lot out front.

WHEN: The shop opens at 10 a.m., and music will begin at 12:30 p.m. Third Man has not announced a performance schedule.

WHAT: The White Stripes’ Get Behind Me Satan will be available on vinyl for the first time, as will the first-ever re-issue of Elvis Presley’s earliest recordings. The original copy of that Elvis 10″, purchased by Jack White for $300k, will also be on display, as will the original Rek-O-Kut direct-to-disc recorder on which it was cut (on loan from the Musicians Hall of Fame and Museum). The famed Blue Room will also be open, allowing a select few fans to book recording time. Third Man will also debut some weird, new instruments, RSD exclusive merchandise, and will host food and live music.

WHO: Shadraw, Anwar Sadat, and Pujol are slated to perform.

WHY: If you’re looking to snag one of Third Man’s enticing, exclusive releases or you’re a Jack White devotee, this is a Record Store Day experience like no other.

Though West Nashville used book megastore McKay’s might not be the first destination that comes to mind when you think of Record Store Day, for the serious collector, they’ve got quite the enticing treasure trove this time around. The store recently acquired a massive lot of vinyl, and they’ve apparently been cherry-picking some incredible releases for this weekend.

WHERE: 636 Old Hickory Blvd; Records will presumably be held inside, and live music outside.

WHEN: McKay’s opens at 9 a.m., and since they seem to be doing Record Store Day their own way, that’s when the sale is slated to begin.

WHAT: McKay’s recently acquired 50,000 records from one serious collector, and are planning to put out 20,000 of those finds for RSD, at least 1,500 of which have been curated for the event. Additionally, they will have a limited number of actual RSD exclusives, food trucks, giveaways, and musical performances.

WHY: If you’re specifically in the market for Record Store Day 2015 exclusives, McKay’s is not for you. But, if you’re a music lover and avid vinyl collector, which is sort of what RSD is supposed to be all about anyway, it would be pretty hard to pass up what could be one of the largest allotments of rare and collectible releases ever made available all at once.

Alison’s Record Shop (994 Davidson Dr.) – New west side destination Alison’s Record Shop won’t be stocking any new RSD exclusives, but their impressively curated selection of vintage will be on sale, and they open at 8 a.m., making them a possible first-stop for your busy day. Mode Fresh will perform in the parking lot, and there will be a raffle for a rare Beatles LP.

Ernest Tubb Record Shop (417 Broadway) – Country-leaning downtown record store Ernet Tubb officially participates as well, though we’re not sure what, if any, exclusive releases they’ll have available; don’t expect much outside of their usual fare.

The Great Escape (5400 Charlotte Ave) – Often overlooked, comic/book/toy/music store The Great Escape tends to stock a decent selection of vinyl. Though their Record Store Day plans are modest, we would imagine much  smaller crowds, and they plan to open at 7 a.m., meaning you could still make it to your bigger destination of choice. They’ll carry a decent number of RSD exclusives and all used merchandise will also be 20% off.

LOCAL RELEASES TO LOOK OUT FOR

You can always count of plenty of quality Record Store Day releases from Nashville artists! Here’s a rundown on some of the best:

NATIONAL RELEASES TO LOOK OUT FOR

Record Store Day has morphed into a lot of fluff and unnecessary re-issues. While this is far from complete, here’s a list of some interesting national releases we think might be worthy additions to your vinyl collection:

Bonnaroo Band Of The Day: The Very Best