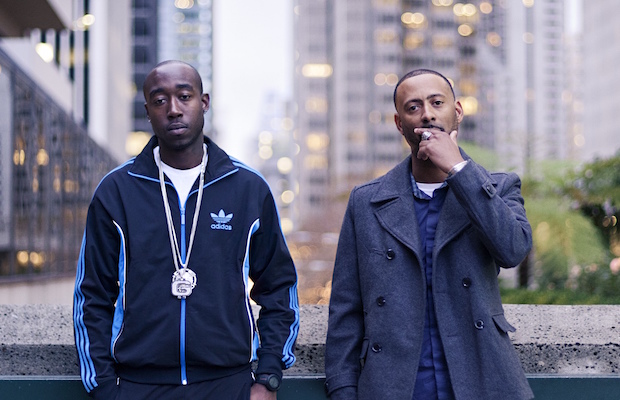 If you’re not already familiar with either Freddie Gibbs or Madlib, the first thing you should know is that these two acts aren’t always a package deal. Both Gibbs and Madlib led successful solo careers as a rapper and a hip-hop producer, respectively, prior to their first collaboration in 2011. Freddie Gibbs built his reputation through an impressive collection of mixtapes, which allowed him to collaborate with big name rappers like Juicy J and Young Jeezy. For a time, Gibbs was even signed to Jeezy’s label, though he later left to pursue independent work. Madlib, on the other hand, considers himself a “DJ first, producer second, and MC last.” He’s produced and DJ’d with a number of legendary hip-hop acts, including J Dilla and MF Doom.

Back in 2011, Freddie Gibbs and Madlib came together to work on their first collaborative EP, Thuggin’. This would be followed by two additional EPs, as well as the 2014 full length Piñata. The full-length was lauded by critics for its high production value, and loved by the public for its modern take on old-school gangster rap. The album reached number 38 on the Billboard 200, and the pair have been performing together since to promote it. What made Piñata stand out from the thousands of other rap albums released last year was its emphasis on classic techniques. While Madlib and Freddie Gibbs no doubt took advantage of modern technology, the general atmosphere and overall aesthetic quality of their tunes harken back to the golden era of ’90s rap. Basically, these guys are the real deal, and definitely appear to be one of the strongest hip hop acts at this year’s Bonnaroo. If you’re interested in hearing their tunes, watch to catch them together while you can, or simply want to soak in that boom-bap goodness, check out the cuts from Piñata posted below.