Bonnaroo Band of the Day: MØ 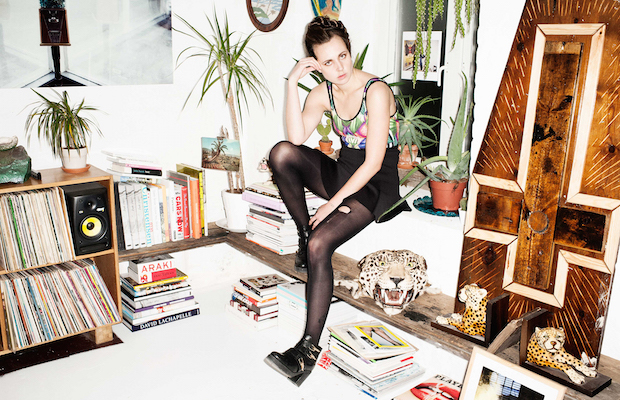 If you haven’t yet heard of MØ, you’re about to. Hailing from Denmark, the 26-year old indie pop singer is on a career trajectory that seems destined to propel her to massive heights in the near future, and her debut outing at Bonnaroo, amidst a busy summer of festival appearances, is only a small part of it. As a teenager, MØ, real name Karen Marie Ørsted, found herself drawn to punk rock and anti-fascist ideology, leading her to make her first foray into music as part of punk duo MOR. However, by 2012, Ørsted began revisiting her pop roots (a musical love that began as early as age 7), and subsequent collaborations with Kendrick Lamar producer Ronni Vindahl would yield a new, solo sound.

MØ instantly found an audience with her synthy, hypnotic, and personal style, leading to major label interested based on just a handful of tracks, and her 2013 debut EP, Bikini Daze, helped catapult her to international attention. The singer’s fantastic full-length debut, No Mythologies to Follow, dropped last year, and showed an even broader evolution of her craft. Over the last few years, MØ has written and worked with the likes of Diplo, Avicii, Major Lazer, and Iggy Azalea, has appeared on national television, and has begun to tour the world, quickly becoming a festival favorite. A definite must for fans of new, smart electro-pop like Grimes and Banks, MØ is, hand down, one of our most anticipated acts of Bonnaroo.

LISTEN | “Say You’ll Be There”