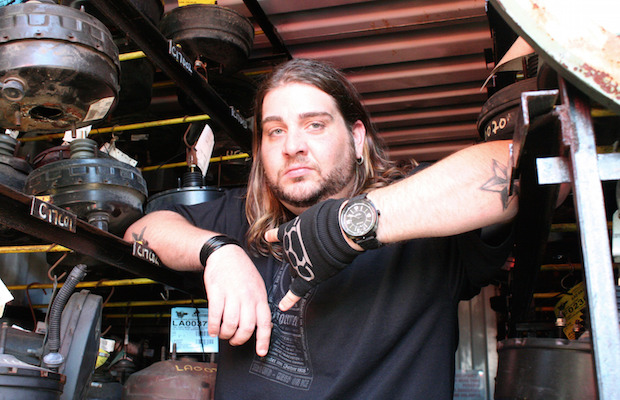 Hailing from Philly but currently residing in New York, standup comic Big Jay Oakerson is, undoubtedly, the filthiest comedian on this year’s Bonnaroo bill. In his years on the circuit, Oakerson has perfected an incredibly laid back, conversational style, less joke-based and more rooted in crowd work and storytelling (his latest record, in fact, is dubbed The Crowd Work Sessions). Jay has an unbelievable knack for eliciting personal responses from the audience, which he can expertly turn into awkward (and inappropriate) jokes about their sex life; a topic that dominates his material. Primarily a standup, Big Jay also hosts a podcast called Legion of Skanks, and has appeared on IFC’s Z-Rock and FX’s Louie, as well as Bad Boys of Comedy, Comic View, Premium Blend, Comedy Central Presents, Tough Crowd, This Is Not Happening with Ari Shaffir, and Marc Maron’s WTF podcast. In addition to touring with comics like Dave Attell, Oakerson has opened for bands like Korn and Slayer, and has performed at the Just For Laughs Festival, making him an unbeatable fit for Bonnaroo.