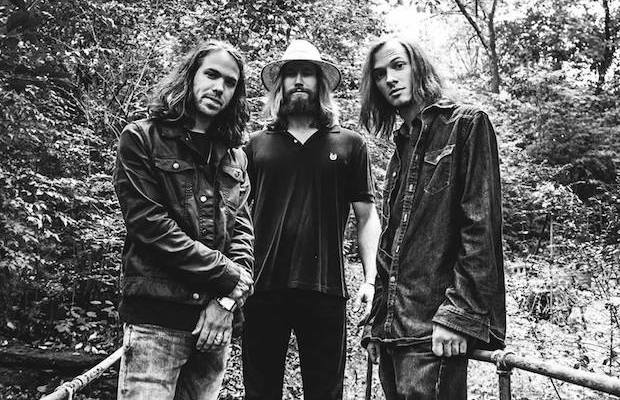 Local free wheelin’ rock ’n’ rollers Omega Swan will be headlining Exit/In TONIGHT for the first time, supported by fellow Music City residents, garage rockers That’s My Kid and heavy soul band Kat Milk Blu. All this amazing local music … and for just $5 in advance or $8 at the door! If you want your Thursday night to not suck, you should probably be at this show, but if you need more convincing, read on for more about the lineup.

Meeting at the crossroads, somewhere between the blues and heavy metal, longtime site faves Omega Swan have been building a name for themselves all over the U.S. with their unique brand of rock. They even caught the attention of music directors at Showtime, who recently put two of the band’s songs (“Alien” and Diggin’”) in popular series Shameless. Backed by their growing rep, their epic live shows, and a blistering debut album OS-1, the power trio are ready to melt skulls for their first headlining spot at Exit/In. We highly recommend you be there, so you can say you saw them way back when… before they blew up BIG.

A local garage blues/punk band who we are also very familiar with (we told you all about their EP release show is this post), That’s My Kid are another power trio who are building momentum the old fashioned way: one blow out performance at a time. This is their second big gig this week (they also played Road To Bonnaroo on Monday), so give one of the hardest working bands in Nashville some love by checking out their EP below. Also, be sure to see what all the hub-bub is about for yourself live and in the flesh.

A relatively new band on the scene, Kat Milk Blu produce a wonderful mixture of soul, blues, and, you may have noticed a pattern with this bill, rock ’n’ roll. There’s not much out there on these guys, although, according to their Facebook Page, recorded music is in the works. We look forward to seeing them for our first time, and you should too (if you haven’t already), but only if you get to Exit/In on time, so don’t be late!