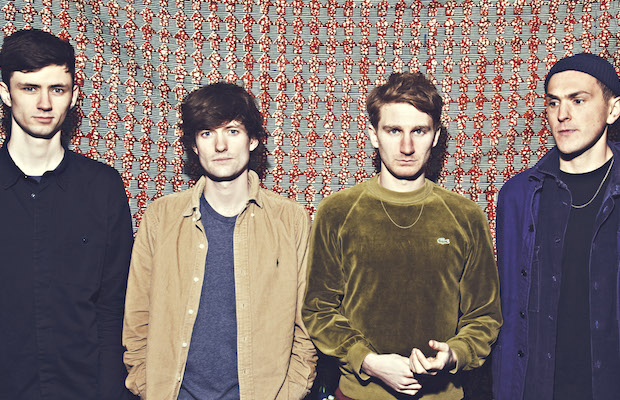 Formed four years ago while frontman David Bayley was in med school, Oxford, England’s Glass Animals were never supposed to be a full-time project. Suffering from insomnia, Bayley begin working on song demos in GarageBand late at night, eventually forming the genesis for the group’s 2012 debut EP, Leaflings. After sharing the music with his childhood friends and future bandmates, who proceeded to polish the dense, poppy, psychedelic, indie, and trip hop infused tracks, Glass Animals were born, and soon found themselves surrounded by an unimaginable array of buzz.  The band signed to Wolf Tone, the imprint label of producer Paul Epworth, and found an even broader audience with the release of their self-titled EP in 2013.

After scoring high-profile shows in Europe supporting the likes of St. Vincent, Metronomy, Yeasayer, and based on the strength of last year’s incredible full-length debut, Zaba, Glass Animals proceeded to tour the globe, and have quickly become an exciting new fixture on the festival circuit. Their refreshing, unique sound is enhanced by their smart and broad thematic focus, producing songs rooted in literature, folklore, and broad personal experience. The group incorporate elements of tropical percussion, r&b, and a huge palette of organic and synthesized sounds, and, already, due to the strength of tracks like “Black Mambo” and “Gooey,” have earned a reputation for being one of the best, most enigmatic artists to emerge from the indie scene in recent memory. Needless to say, their Bonnaroo debut is likely to be their first of many outings at the fest.

CAPPA Returns with Downtempo New Single "In the Morning"