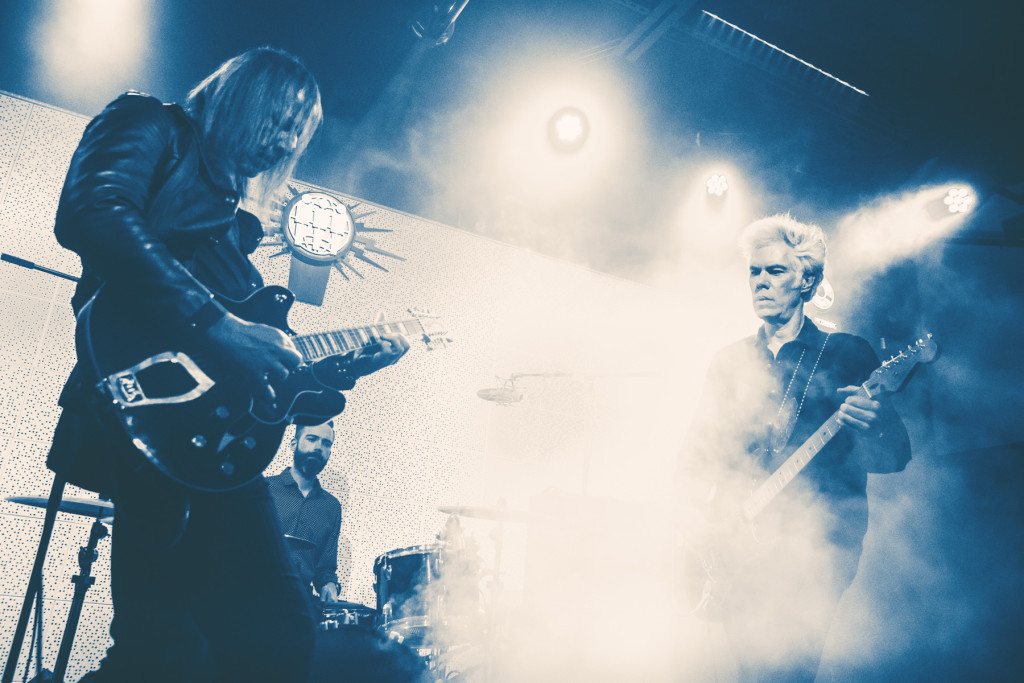 Jim Jarmusch is best-known as one of the most well-respected independent filmmakers working today, but in a different life he really wanted to be a rock star. He constantly includes his favorite musicians in his movies both via references and in the flesh, including his old friend Jack White. White was featured in the 2003 film Coffee and Cigarettes, but on Tuesday night he got to return the favor by hosting Jarmusch’s psychedelic noise rock band SQÜRL in Third Man Records’ Blue Room.

Read through for our full review and photos of SQÜRL’s noisy night at Third Man. 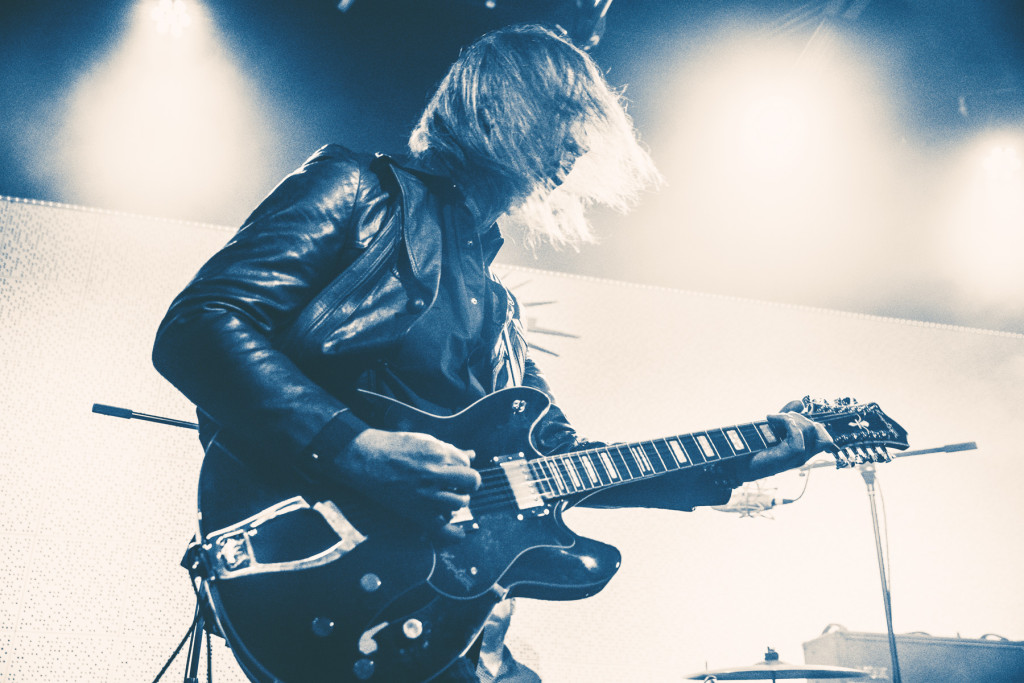 Shows hosted in TMR’s beautiful Blue Room function a little differently than your typical bar gig. The shows act as sort of live recording sessions as they are recorded directly to vinyl in Jack White’s magic factory. This means there’s no opening act and the show gets on the road at 8 p.m. sharp. The Blue Room is one of the best venues in Nashville to see a show, regardless of whether you’re a Jack White/Third Man fangirl like me. It’s the perfect size, has amazing sound, and the TMR touch of color-coded decorations and taxidermy. The venue would be a badass place to hang out and catch a performance with or without the Jack White affiliations. 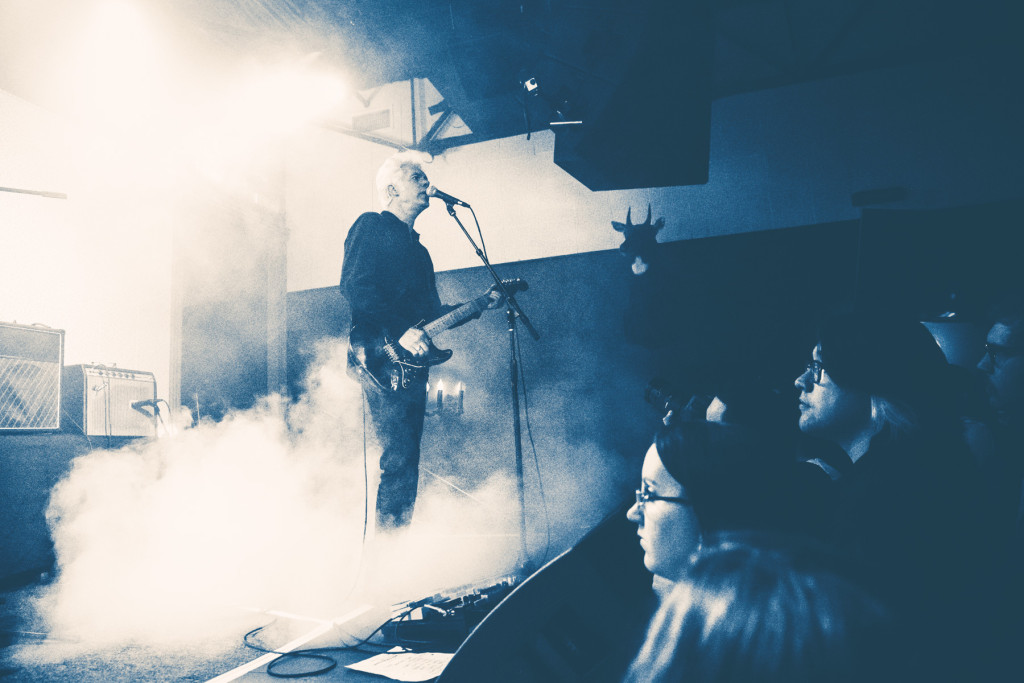 If you’re familiar with Jarmusch’s film work, then you know he’s had a relationship with Jack White for a while. Jack and Meg were featured in Coffee and Cigarettes and Jack’s childhood home was given a shout-out in last year’s Only Lovers Left Alive. Jarmusch’s movies are known for their striking soundtracks featuring the filmmaker’s favorite artists, and SQÜRL developed out of Jarmusch’s desire to do the music to his own films. The first was for The Limits of Control and from there the project spawned three EPs released on ATP/Recordings. Teaming up with Jozef Van Wissem to form their current line-up resulted in the music to Only Lovers as the band provided the tunes behind the tortured vampire musician Adam. Drummer Carter Logan rounds out the trio. 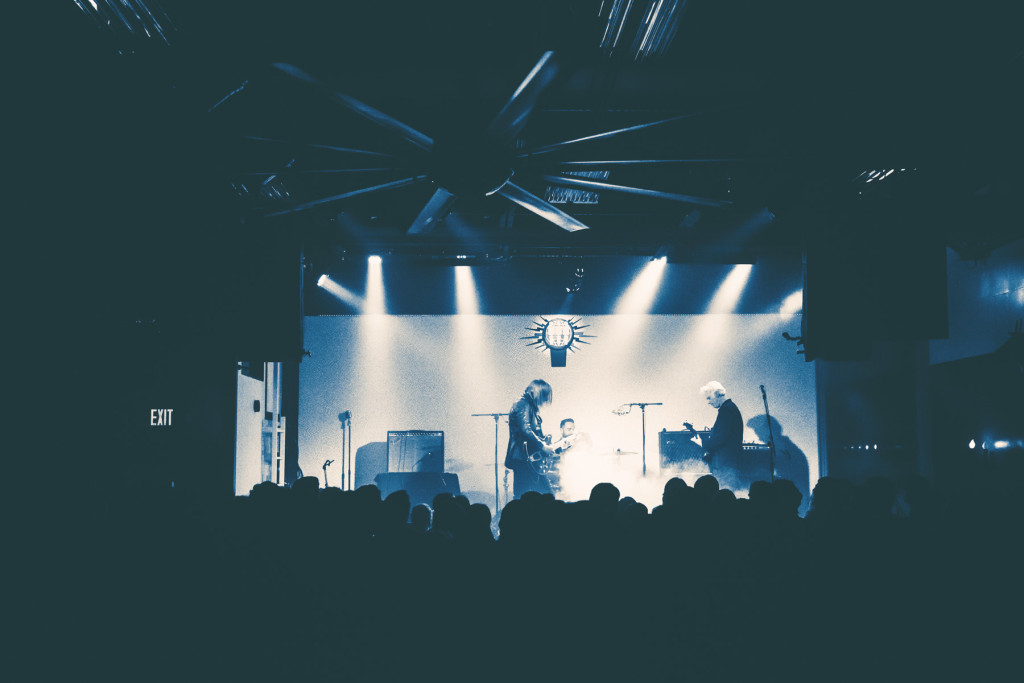 Much but not all of the group’s music is droney and instrumental, sounding much like a movie soundtrack. They’re influenced by everything from looping feedback to broken machines to traditional country music and classic alternative, much of which fans of Jarmusch’s movies will recognize. Van Wissem strangled some weird noises out of a twelve-string guitar while Jarmusch strummed a six-string and occasionally sang. The second song in the set was one of the most memorable covers of “I’m So Lonesome I Could Cry” I’ve ever heard (and I’ve heard many). Getting to see one of the best directors in the world sing a strangely dissonant version of the Hank Williams classic felt like a moment that could only happen in TMR’s Blue Room. The Velvet Underground’s “Ocean” was also thrown in towards the end of the set.

As for their own material, the band played feedback-infused droney rock that showed influences of traditional blues and country. “Francine Says” was an original love song tribute to the Velvet Underground. “The First Time” was another love song that would’ve sunk on its saccharine lyrics if it wasn’t for the abrasive noise coming from Van Wissem. In a big reminder that we were essentially watching a recording session rather than attending a show, the band had to repeat that one a couple times during the encore as Jarmusch apologized for “screw[ing] it up.” He finished the set solo with yet another love song, “Should I Go or Should I Stay.” I never would have expected the director, who referred to himself as “JJ,” to be so adorable in his onstage rocker persona.

Getting to see SQÜRL play in such an intimate venue was certainly a rare experience as the group doesn’t tour much due to Jarmusch’s film schedule. It was a chance to better understand the creative impulses and influences behind one of the most interesting filmmakers working right now, and was a highly enjoyable and unusual show regardless of the fact that a very famous director was behind the microphone.