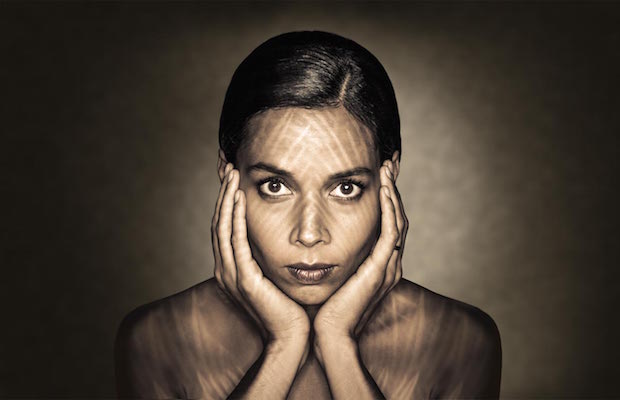 You might recognize Rhiannon Giddens as the banjo-picking folk singer who has spent the past decade fronting the Carolina Chocolate Drops. That band have played ‘Roo several times before, but, over the past couple of years, Giddens has really broken solo out as one of the most authentic and talented torch carriers of the southern folk and Americana tradition. After a very successful performance of Odetta’s “Water Boy” in the T Bone Burnett-curated concert film Another Place, Another Time, which saw many world class artists paying tribute to the ’60s folk scene in New York City, Giddens teamed up with Burnett on her recently released debut full-length record, Tomorrow Is My Turn.

While the Drops are very much a string band, focused on entertaining and educating audiences about a variety of folk traditions from those rooted in their native Piedmont region of South Carolina to Gaelic songs sung in their original language, Giddens’s solo record is more focused on her powerful vocals. She and Burnett chose to record songs that have either been written by or covered definitively by women that Giddens admires. Artists present include Patsy Cline, Nina Simone, and Dolly Parton for a survey of important women in Americana. Tomorrow Is My Turn has been getting rave reviews and Giddens will definitely be worth checking out, even if you’ve seen her with the Drops at ‘Roo before.

Important Note: Giddens is playing the Grand Ole Opry this Saturday, April 4, so even if you won’t be heading out to the Farm, then you can see her here in Nashville, even if it’s only for a couple songs. She’s guaranteed to be one of the most authentic country performers to grace the Opry stage in some time. The show starts at 7 p.m. and tickets run between $32.00 and $72.50.