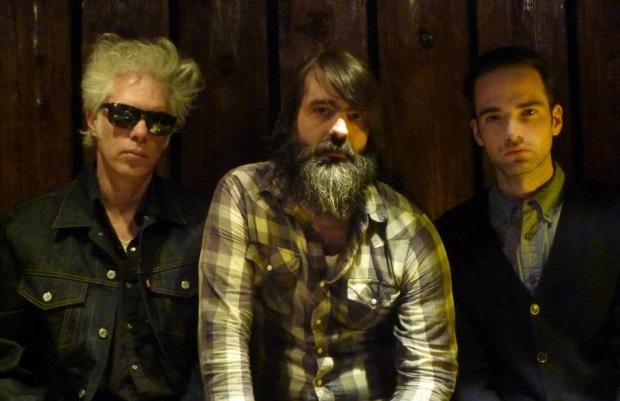 If you’re at all familiar with the movies of independent director Jim Jarmusch, you might know that he has a special relationship with local rock star Jack White, having featured both Jack and Meg White in Coffee and Cigarettes and having used the Detroit house White grew up in for Only Lovers Left Alive. You might not know that in his spare time Jarmusch is in a noisy jam band called SQÜRL, and on Tuesday they are appropriately playing Third Man Records‘ Blue Room. If you’ve enjoyed the soundtracks to any of Jarmusch’s movies, then you might like SQÜRL, as the band has done the music to a couple of Jarmusch’s films and has similar influences to the music that he puts in his movies. This group isn’t known for touring a ton, and the chance to see the iconic filmmaker doing his side project with all the Third Man frills (direct-to-acetate recording, beautiful Blue Room listening experience) is a chance that should not be missed for any fans of the director. Click through to learn more about SQÜRL and grab a ticket before they sell out.

SQÜRL is composed of Jarmusch, Carter Logan, and Jozef Van Wissem. Together they’ve cut three EPs on ATP/Recordings as well as done the soundtracks to The Limits of Control, which prompted Jarmusch to start a band, and Only Lovers Left Alive, which saw the addition of Van Wissem to the group. The soundtrack to Only Lovers was widely praised in particular, with SQÜRL providing the music behind the tortured vampire musician Adam. The New York City based group is influenced by all kinds of weird sounds, from archaic country music to broken machines and looping feedback.

This show will entail the usual Third Man shenanigans, meaning it’ll be recorded directly to vinyl by the label’s special technicians and a limited edition split-color vinyl will be available only to ticket holders later. Make sure to get there on time, as these shows kind of run more like recording sessions than your typical bar gig and it will probably get started right at 8 p.m.

SQÜRL will perform Tuesday, March 31 at Third Man Records. The show is 18+, begins at at 8 p.m. (doors at 7 p.m.), and tickets are available for $8. Hurry up and grab yours because we predict these are going to sell out!