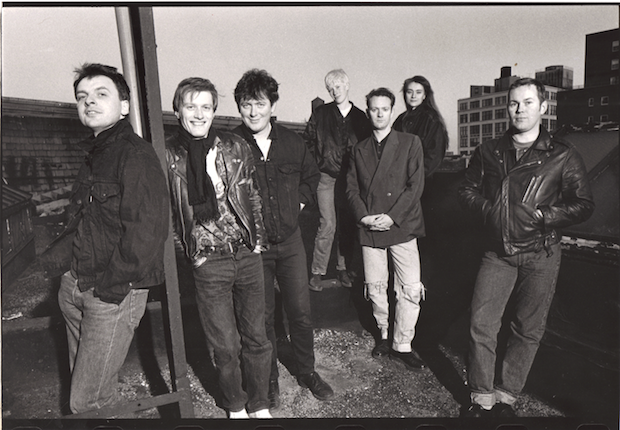 It’s not very often we tell you guys to go to the movies, but this weekend there’s a very special film playing at the Belcourt that should be of interest to any fans of punk rock or really musical underdogs in general. Revenge of the Mekons is a new documentary about the British punk band the Mekons who aren’t widely known but are very influential, with music writer Lester Bangs calling them “the most revolutionary group in the history of rock ‘n’ roll.” The group has continued putting out music since 1977, failing to implode like most of their punk contemporaries, and maintains a cult following while its eight members function like a cross continental art collective, all the while staying savagely true to the punk ethos that brought them together. The film shows a unique example of a band that managed to evolve and grow together over almost forty years of art-making. Music journalist Greil Marcus said of the group, “The Mekons were best known as the band that took punk ideology most seriously.” Still can’t believe you’ve never heard of them? Check out this doc to remedy that problem.

Revenge of the Mekons is showing at the Belcourt all weekend. After the showing Thursday at 8:00 p.m. there will be a post-viewing discussion with band member John Langford mediated by Nashville Scene writer Abby White. On Saturday after the 7:10 p.m. showing there will be a discussion afterwards with director Joe Angio. The movie is also showing on Friday and Sunday at 5:40 p.m., so there are plenty of opportunities to catch this rock doc. You can grab tickets here, and check out the trailer after the jump.