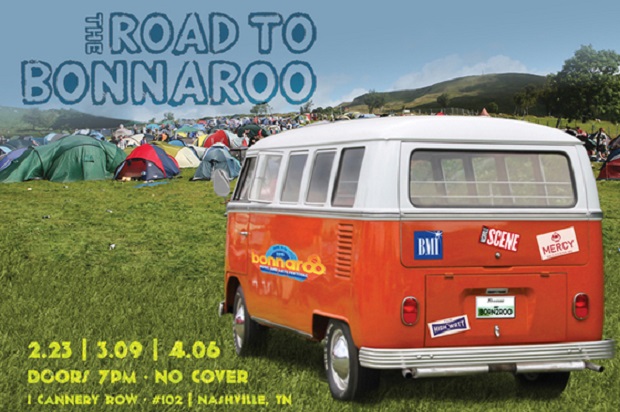 So far this season, site faves Sol Cat and Future Unlimited have been crowned the champions at 2015’s first and second Road to Bonnaroo competitions, respectively, meaning they’ll be awarded a chance to play ‘Roo in June. This year’s third and final round, April 6 at Mercy Lounge and The High Watt is fast approaching, and, finally, the last wave of bands have been announced!

The ten artists who will compete for the final chance to play ‘Roo this year, battle of the bands style, are That’s My Kid, Frances and the Foundation, Deep Fried Five, Chrome Pony, Jawws, Buffalo Rodeo, Idle Bloom, Jung Youth, Them Vibes, and Penicillin Baby. Preview music from every act below!

By now you probably know the drill, but Road to Bonnaroo is a FREE event (which normally hits capacity early), and the winner is crowned by a mix of judge and fan votes (meaning YOU can help send someone to Bonnaroo). The performance order is selected at random right before doors, and you must arrive on the early side to be eligible to cast your vote.

FRANCES AND THE FOUNDATION