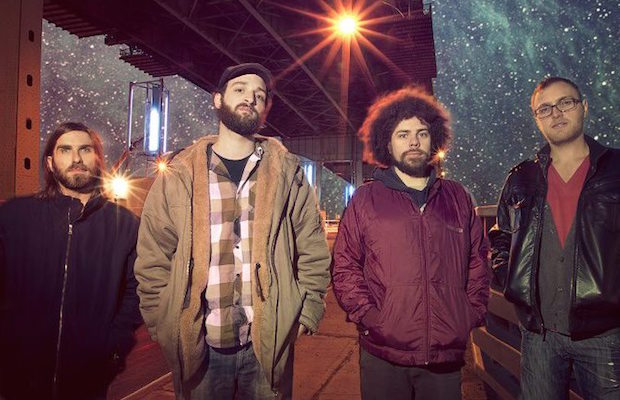 Even if you went to Bonnaroo back in 2011, chances are you missed Dopapod’s premiere at the Farm, as it was a stripped down set in a tent on Shakedown Street immediately after Widespread Panic “closed” the festival. This year, however, the Brooklyn by way of Boston four piece prog rock band will receive the recognition they deserve on an actual stage, and we couldn’t be more excited. Since their inception in 2007, Dopapod have achieved a lot of success and toured heavily, despite lacking a relationship with any label or major players in the music industry. Their grassroots approach seems to have largely been successful, as the group continue to play constantly, and have become a mainstay on the festival circuit in recent years.

Musically, Dopapod are the sort of band one needs to see live to appreciate. Though jamming to their studio cuts is fun, the nuanced improvisations and stagemanship in their live show is something that can’t be replicated in recording. However, this doesn’t mean you shouldn’t check out Dopapod’s newest album, Never Odd or Even, from which we’ve posted a track below. Both live and on the album, the group play with a sound heavily influenced by progressive rock, dance rock, and electronic jam music. The result is a funky, danceable sound with lots of horizontal motion, often through some truly awesome synth lines. There’s little doubt that Dopapod make “festival ready” music, and we’re certain they’ll kill it at Bonnaroo this year.

LISTEN | “Never Odd or Even”