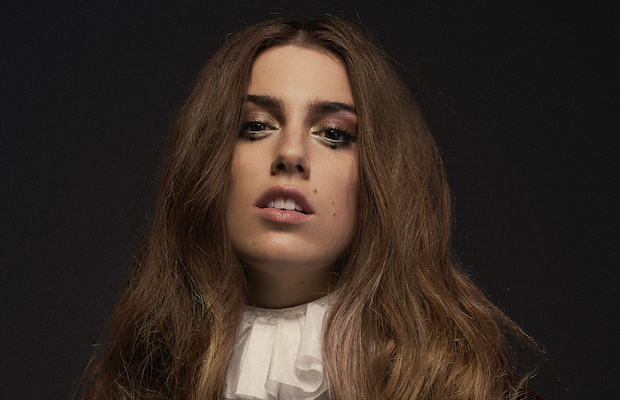 Mere days after rising pop songstress Ryn Weaver makes her Bonnaroo debut, she’ll drop her debut album, The Fool. How’s that for timing? A child of Southern California, Weaver began singing at a young age, and had moved on to songwriting and producing by her teenage years. After moving to New York, Ryn met famed producer Benny Blanco, who she later reconnected with in Los Angeles to helm her debut LP. Blanco brought Passion Pit frontman Michael Angelakos into the mix, and the creative triumvirate who will undoubtedly make their mark on the pop scene in 2015 was formed.

Ahead of The Fool and its buzzy breakout single “OctaHate,” Weaver already gave the world a preview of her sound last in the form of her debut EP, Promises. Nabbing a ton of high-profile media attention, the singer is receiving rave reviews in anticipation of her album, and has already made her late night debut on Letterman, ahead of a summer full of festival appearances. Channing a smart, electro-infused, warm and emotional, and pleasantly indie pop sound, Weaver has enough substance for fans of more layered, complex pop but enough broad appeal for the mainstream market- meaning, her musical takeover is inevitable.