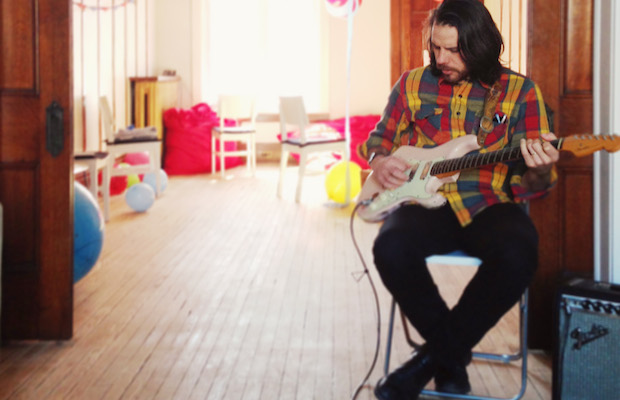 As we’ve been doing for the past several years now, we’re making it our mission to help you get acquainted with as many bands as we can from Bonnaroo‘s impressive 2015 lineup.  We’ll start from the bottom and work our way up, paying special attention to the smaller and lesser known acts on this year’s bill. Keep reading for your Bonnaroo Band of the Day….

Though most fans simply refer to the man by his stage name, Bahamas, the Toronto based guitar/songwriter extraordinaire is actually named Afie Jurvanen. He was raised in Ontario, and taught himself how to play and write tunes on guitar. Since then, he’s never stopped learning, and gotten deft enough with his playing to work with several high-profile artists, including Feist and Jack Johnson. However, Jurvanen has recently experienced a great deal of success with his solo act, Bahamas. Last August, Bahamas released his third studio album, titled Afie is Bahamas…, to much critical acclaim. Though Jurvanen’s guitar playing is certainly admirable, most everyone agrees that it’s the songwriting that makes the album. Bahamas writes rock music, but it’s quite laid back, almost like the Beach Boys but not so, uh, beach-y. To put it another way, it sounds like contentedly resting on a couch, basking in the afternoon sun. You know what, we aren’t going to be able to do the band justice, so you might as well listen to the tracks and formulate your own opinions. The first cut is the takeaway track from Bahamas’ most recent album, while the video is for one of our favorite older tracks. Enjoy!

Bonnaroo Band of the Day: Priory