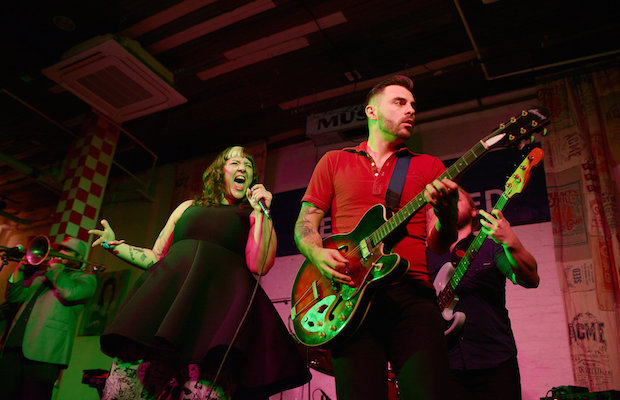 Every single Tuesday since last summer, we’ve been teaming up with hip new restaurant and performance space Acme Feed & Seed to host a free showcase of some of our favorite emerging local and national talent. For our latest installment, which fell on St. Patrick’s Day, we were thrilled to bring longtime friends and site favorites Alanna Royale to the Acme stage, along with similarly soulful touring act Bosely and local-ish singer-songwriter Laura Reed! Read on for more about it! 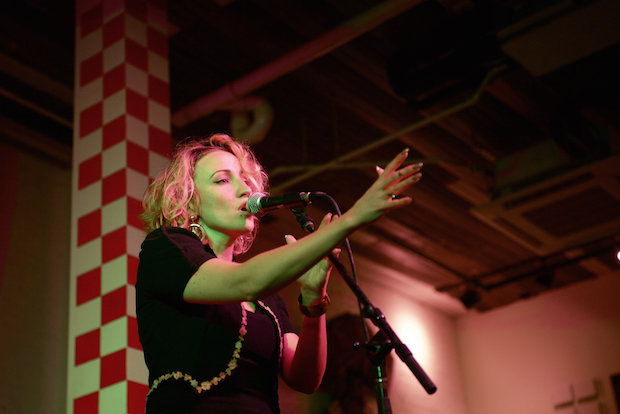 Arriving a few minutes late, tired from getting an early start on St. Paddy’s Day festivities and fighting through an extraordinarily dense weeknight crowd (people love a good excuse to go out and drink), I walked into Acme just moments after soulful singer Laura Reed took the stage. Hailing originally from South Africa, though now maintaining residence in both Nashville and North Carolina, Reed is an accomplished and eclectic local talent, and her latest release, the  Shannon Sanders produced The Awakening, has been bagging critical buzz left and right. In stark contrast to the army of horns and loud, fast-paced sets that would follow, Laura opted only to bring with her an acoustic guitar, along with Grammy winner Sanders himself, accompanying her on keyboard. Drawing heavily on tunes from her latest record, and sticking mostly to originals, Reed enchanted the room with her soothing, rootsy sound and her emotional lyricism, all delivered with a poise and expertise few singers possess. A perfect, calm start to a long night of St. Patrick’s debauchery, Laura Reed exemplified the amazing talent found here in Music City, and a was a wonderful addition to this bill. 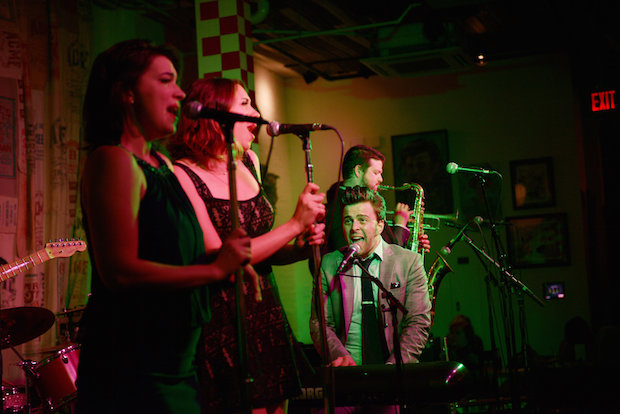 Bosley, hailing from Baltimore, are far from the first touring band we’ve hosted at Acme, but very well might have been the best-paired match for the evening’s headliner of all of our showcases so far. Proclaiming that this was their first Music City show ever (glad we could welcome you to town, boys), the band, centered around charismatic vocalist Bosley Brown, and boasting all manors of brass and backup singers, delivered an unbeatable, soulful, and turbocharged set. Alternating between originals and cover tunes, the band won over the packed house in no time, prompting the audience to dance and sing along, and interjecting musings and stories between songs. Like Laura Reed, the band played a bit longer than our normal Acme sets run, and, by the end of theirs, the house felt electric. The Guinness and Jameson were flowing, Acme was as crowded as we’ve ever seen it, and anticipation for Alanna Royale had hit a fever pitch. 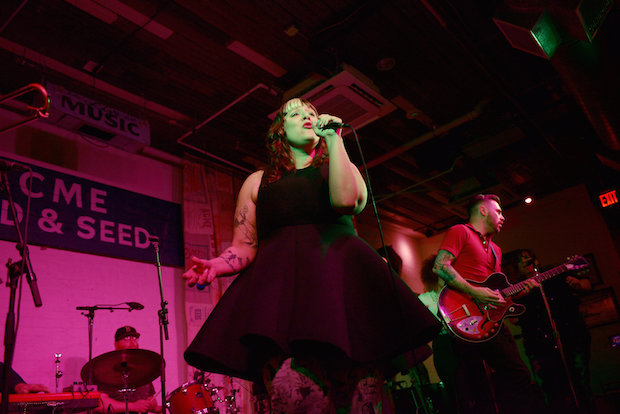 By now, you’ve seen us rave about Alanna Royale time and time again. One of the most talented, dynamic, and powerhouse acts in Nashville, it’s been an amazing journey to watch them grow from a group of Boston transplants, performing at The Basement without a single recording to their name to an accomplished, beloved touring act, and one who never cease to impress us. Shockingly, I realized that I hadn’t seen Alanna live since their record release show last fall, and I was happy to see that they’ve continued to perform with their expanded live lineup- one that adds keys and backing vocalist to an already impressive guitar and brass sextet. Without question, one of the most charismatic and electrifying singers in Nashville, sassy and soulful frontwoman Alanna Quinn-Broadus brought the house down from her first note, and, in typical Alanna fashion, heckled the crowd for their drunkeness, mediocre participation, and possible criminal records. Despite some failed call and responses, Acme couldn’t get enough, dancing and staying rowdy to the very end. With just an EP and an LP to their name, Alanna have learned to flesh out their longer sets with cover selections, and they picked an incredible batch of ’em for Acme, spanning everything from Black Sabbath to Rod Stewart, with a typical soulful twist, naturally. Not necessarily a very serious holiday to most Americans, St. Paddy’s is, nonetheless, a traditional night of revelry, and I can’t think of a single better act in Nashville than Alanna Royale to provide the best show to get the party started every single time.

Our free, weekly Acme showcase continues this Tuesday, March 24, with Amanda Broadway, Dustin Sellers, and Whoa Dakota. We hope to see you there!