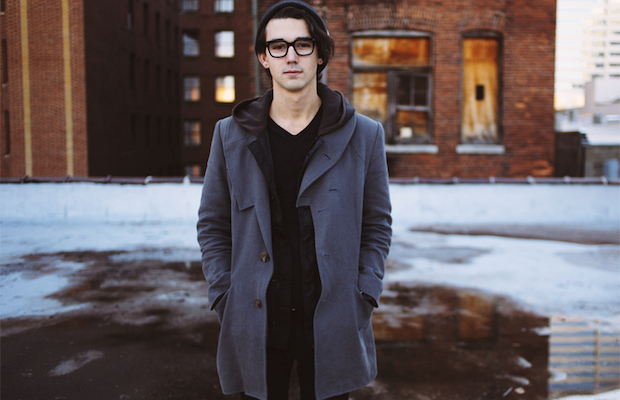 Nashville’s Julian Dente, who makes music under the moniker YØUTH, seriously grabbed our attention last year with the release of his debut single, “Breathing Easy.” It’s no secret that we harbor an immense nostalgia (and contemporary love) for the emo and pop punk scene, and, while not exactly plugged into that genre, but certainly shaped and informed by its sensibilities, YØUTH crafts emotional, personal, and smart compositions with dense orchestration, noodle-y riffs, and indie rock undertones. He is, hands down, one of the most talented, unique, and promising young artists on the rise in Music City, and his forthcoming debut EP, Start Again, is one of our most anticipated local releases of 2015. On his second single, “Cold Sweat,” available to stream now or as a free download for Dente’s Pledge Music supporters, we get a more developed snapshot of the songwriter’s range, in the form of an edgy, vulnerable, and poppy tune that’ll have you singing along in no time! Amidst of sea of been-there done-that garage rock and indie, YØUTH is just the breath of fresh air we’re been missing in the Nashville scene. Give his latest track a spin below.