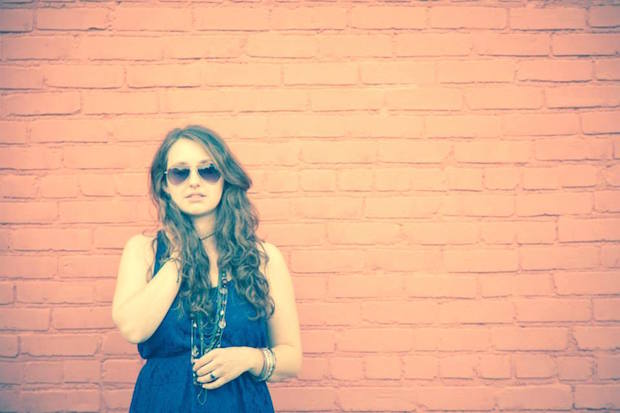 No Country Presents’ weekly showcase, in partnership with Acme Feed & Seed, is still in full swing as we slide into spring. Tuesday March 24 will feature blues maven Amanda Broadway, Tennessee native Dustin Sellers, and locals Whoa Dakota. Music starts around 7 p.m. and goes at least until 10 pm, so get there early to cash in on as much FREE music as possible. For more info on the bands, please read on, and we hope to see all of you there!

No stranger to lower Broadway, local blues/soul singer songwriter Amanda Broadway is probably starting to feel like Acme Feed & Seed is her second home. In addition to playing in our showcase, she is also a member of a 10-piece house band, The Music City Toppers, who funk shit up every Thursday night for Acme’s weekly Funky Tonk. She’s also an accomplished solo artist who self-released her first EP, Me Without You, in late 2011. It broke into the top ten on iTunes Top Blues Albums charts, and started the ball rolling for her. She also has a Christmas album under her belt and her current project is a new series of recordings called The Sanctuary Sessions. Check out the video (filmed during the sessions) for her latest single, “It Never Rains,” below, and be sure to see her do her thing live for yourself.

A Tennessee native, hailing from Maryville, Dustin Sellers is an indie pop singer songwriter who needs to be in your catalog immediately. Getting his start at age 14 playing talent shows in his relatively small hometown, you may now recognize him as the front man for local rockers Overzealous. Dustin is still involved with the band, but has been working on other projects on the side, and is eager to share what he’s created. Look for an album soon, have a taste below, and catch him at the show.

Local indie rockers, Whoa Dakota, who we’ve been hip to for awhile now (read this post), will be kicking off the night of tunes with front woman Jessica Ott’s unique blend of Florence Welch flair and Grace Potter tones. Sometimes Americana, sometimes blues, but always rock ’n’ roll. Have a listen for yourself, and be on time, so you don’t miss a minute.

Amanda Broadway, Dustin Sellers, and Whoa Dakota will perform Tuesday, March 24 at Acme Feed & Seed. The show is 21+, music begins at 7 p.m., and, per usual, it’s totally FREE. Downtown PARKING can sometimes be an issue. However, if you’re willing to walk a few blocks, street parking is typically easy to find on the numbered avenues south of Broadway, or along Korean Veterans Blvd. Metered spaces are often free after 6 p.m.

Jessie Baylin Drops New Track "To Hell and Back" Ahead of New LP, 3rd & Lindsley Show