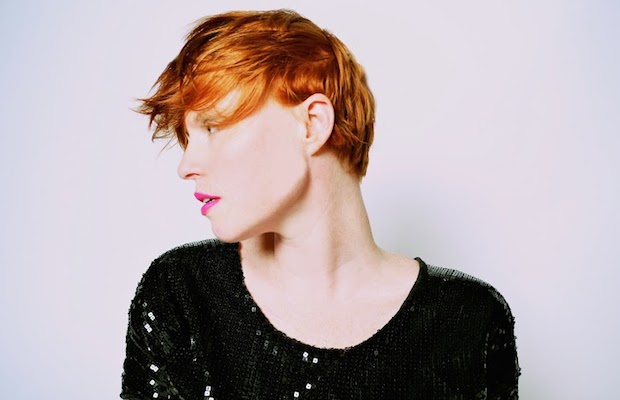 We’ve been long time fans of Anna Haas, since we first laid ears on her dramatic art pop debut, Crazy Is, back in 2012.  That’s why we had her join us for our Two Year Anniversary Party, and booked her for a spot at our Acme showcase.  So, of course, we jumped at the chance to premiere “Woman Of The Wild” from her upcoming release Passion/Poison due out on March 31st.

The new record expands Haas’ already extensive musical roots when she recorded the EP in Shreveport, Louisiana at Blade Studios with world renowned producer and drummer, Brady Blade (Dave Matthews, Bob Dylan, Emmylou Harris, Jewel, Buddy Miller) and Grammy nominated engineer Chris Bell (Erykah Badu, Destiny’s Child , U2, The Eagles), as she adds blues and ballads into the orchestral pop that has historically been her bread and butter.  For instance, the new single captures the singer’s fiery presence. “Woman Of The Wild” sounds almost like the lead single from the next James Bond film with her signature powerhouse vocals mixed in with synth grooves and an intoxicating latin beat.

Have a listen to “Woman Of The Wild” below to see what we are talking about, and make sure you mark your calendar for March 31st to catch Anna Haas + The Effect live with Kink Ador and Meridian at 3rd & Lindsley to celebrate the release of the Passion/Poison.