Bonnaroo Band Of The Day: The Districts 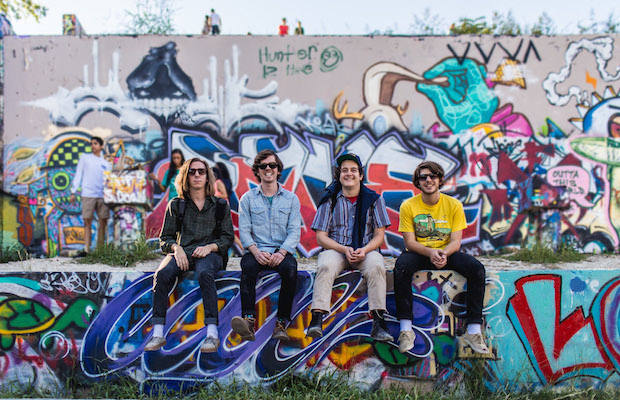 In the style of many of the beloved up and coming rock bands we know and love, The Districts are a crew of high school pals that formed their tight friendship through music.  The Pennsylvania based youngsters have certainly created a sound and energy that has brought them quickly into the national limelight though.  The band self-released their first two albums before being picked up by tastemaker label Fat Possum, through which they released their self-titled third EP.

The new label support helped them land an opening gig for White Denim, and, subsequently, slots at SXSW, Outside Lands, Lollapalooza, Austin City Limits, Leeds, etc, where the crowds all agree that their raucous and energetic live act is a show stealer.  Like many of the small stage rock shows that you can catch at The Farm this explosive rock and roll outfit may just end up being one of the performances at The Farm that leaves a lasting impression in your psyche.