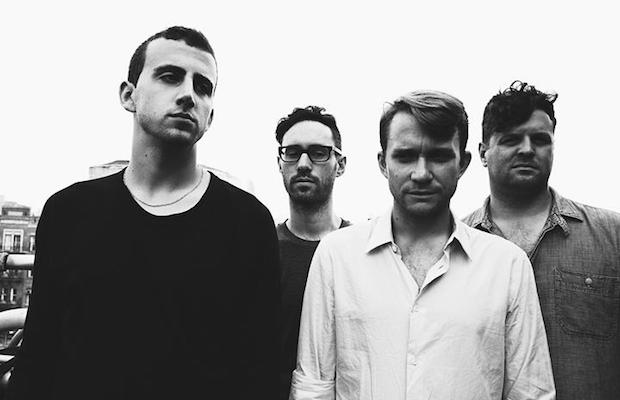 Whether you’re not quite ready to dive headfirst into Freakin’ Weekend VI, or are just jonesing for some indie rock that understands your moody teenage soul, The End has you covered this Thursday. New York hooligans Cymbals Eat Guitars are joined by Brooklyn thrashers Slothrust and local reps Dogtooth for a show befitting the gnarliest basement of the squattiest punk house. Read on to learn more about the lineup.

Cymbals Eat Guitars released their third album Lose last year on Barsuk Records, garnering praise from fans and critics for the cohesive scope of recording; the band even regards it as their best album to date. Lose was produced by John Agnello (Dinosaur Jr., Sonic Youth, Kurt Vile) and covers topics of loss and grief (vocalist Joseph D’Agostino had experienced the sudden death of his best friend seven years prior) with more clarity and softer edges than previous efforts. The band’s fluid energy evoke Acrobatic Tenement-era At The Drive-In, and D’Agostino’s perpetually young vocals are at once introspective and nostalgic. The whole wallop of pathos and disillusionment is delivered with enough distortion to shake down a ceiling tile or two.

“Grunge-revivalists” Slothrust have been supporting CEG on this recent leg of their spring tour. The trio offer a similar wash of angst and noise; however, theirs is dispatched from a jazz-minded background, and are at times technical and angular, and occasionally wearing a shit-eating grin. Seeing frontwoman Leah Wellbaum shred her guitar and snarl from the pit of her belly is going to be worth the $10 cover alone. Their second album, Of Course You Do was released February of 2014, and a third album is currently in the works.

Dreamy and awash in fuzz, Nashville’s Dogtooth are offering up some shoegaze representation to tonight’s show. The foursome pepper their sound with pop and post-rock touches to keep things interesting: heavy reverb, sound samples and upbeat instances all have their places in the Dogtooth universe. Regulars in and around the Nashville scene since 2012, this band is going to be a slightly gentler lead-in to an intense night.

Cymbals Eat Guitars, Slothrust, and Dogtooth will be performing at The End on Thursday, March 12th. The show starts at 9pm. This is an 18+ show, and tickets are $10.