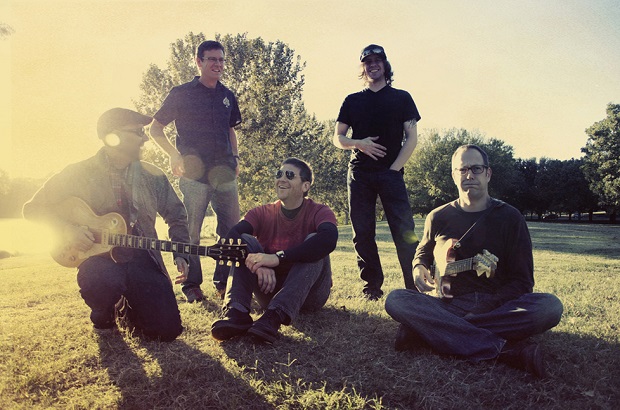 Jam band heroes, Moe. took the stage Saturday evening at Marathon Music Works delivering a 2 set, 3 hour performance. Saturday’s show marked their second appearance at Marathon, and put another notch in their belts for the countless Nashville shows they’ve played over the years. This year marks Moe.’s 25th anniversary as a band, and we were happy to catch them for yet another jam filled night in our town. Check out our full thoughts on our evening with Moe. below.

Moe. has been on the circuit for a long time. As we mentioned, 2015 marks their 25th anniversary as a band. That’s impressive anyway you look at it. What’s even more impressive is they still possess the ability to create those magical moments every jam fan is longing for. In our opinion, Moe. is a little different than most other major jam bands. Their jams develop a little more slowly and are a little heavier on the rock side, so it takes a little more patience and a special kind of fan to appreciate their style. However, if you’re willing to wait around and go on the ride you are sure to be rewarded.

Throughout the night, Moe. delivered us those moments when we least expected them and kept pushing when we didn’t want it to end. We heard several 10+ minute jams including our favorite from the second set, “Yodelittle<Lazarus<Yodelittle”, which stretched almost 40 minutes! Who does that? Afterward, they broke out the acoustic guitar and mandolin for a cover of Old Crow Medicine Show’s “Wagon Wheel” before capping off the second set with a final 20 minute jam including lengthy but tasty drum and bass solos. The night ended with one final treat as they closed with fan favorite and heavy hitter, “Plane Crash”.

Moe.’s musical banter is that of a bunch of old friends who get together and always do the same shit. It never gets old. It’s always a good time. And, every once in a while, they take it to a place of revelatory genius.

We left thoroughly satisfied and impressed, but if you’re really hurting for another fix, make the trek to Summer Camp Music Festival in Chillicothe, Illinois, over Memorial Day Weekend where they’re playing 5 sets.