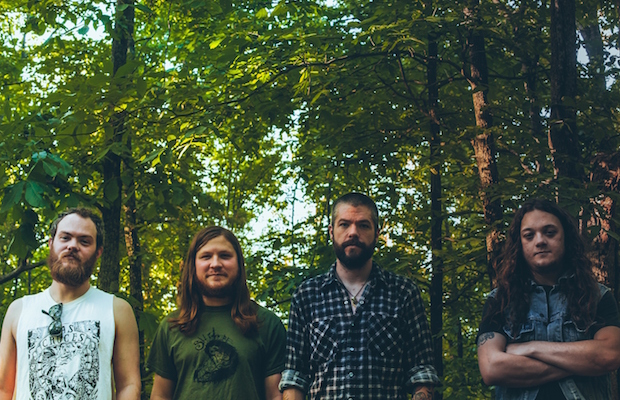 While metal isn’t actually a genre most casual festival-goers would immediately associate with Bonnaroo (or, for the most part, any major summer fest), it’s been an important component to the farm’s eclectic tendencies for quite some time now. Whether it’s been contemporary acts like Mastodon and Deafheaven, or classics like Alice Cooper and GWAR, ‘Roo has been great about peppering in enough heavy music to keep metalheads satisfied, and this year’s lineup is no exception. Holding their own in the realm of doom, Arkansas group Pallbearer, much like Deafheaven, have managed to find crossover success within the trendier, buzzier side of music press. They erupted onto the scene in 2010 with a fantastic 3-song demo, and met the metal world’s lofty expectations with their proper full-length debut, Sorrow and Extinction, in 2012. Sorrow would also be met with almost universal acclaim, garnering nods from the likes of SPIN, Pitchfork, and NPR. Last year’s sophomore release, Foundations of Burden, proved to be the group’s most versatile, fully-evolved release yet, and makes them prime to fill the quotient of “buzzed about metal act on the rise” this summer at ‘Roo.

Falling squarely into the subgenre of doom (slow, droning, thickly layered compositions that are typically long and stuffed full of melodic sensibility), and channeling some obvious classic metal influence (you’ll hear a lot of Black Sabbath in there for sure), Pallbearer’s songs are smart, unbelievably well orchestrated (the gamut of sounds deployed is simply unreal), and a perfect thematic contract of light and dark themes, clearly a byproduct of their years spent in various other projects in the Arkansas underground metal scene. They’re a crossover act through and through, and, we hope, a perfect stop-gap to entice the less metal-savvy festival attendees to check out just what this rich scene has to offer.