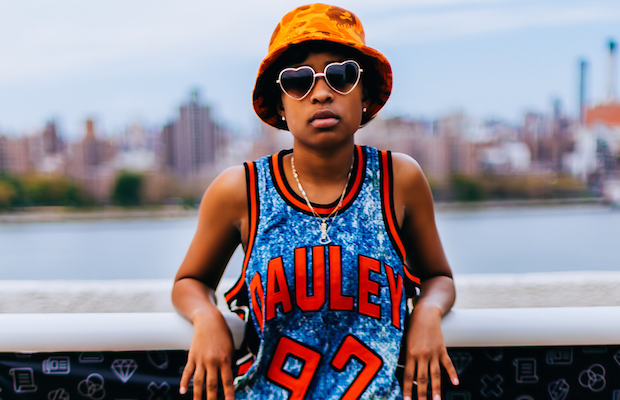 A few Bonnaroos ago, we caught a certain rapper on the rise, just before he managed to blow up as the biggest name in the game (and subsequently would go on to headline this year’s fest)- Kendrick Lamar. That’s the beauty of Bonnaroo, with its various tents and club stages; each year showcases the best of the past, present, and future, running the full gamut of genres, and, in recent years, hip hop has certainly been no exception. Enter DeJ Loaf. While the Detroit MC’s ability to reach Kendrick status remains to be seen, her Bonnaroo debut this summer will, undoubtedly, precede an impressive career ascent. The signs are already there: big name fans like Drake, a rumored seven-figure major label record deal, a hot new single, and a growing crop of buzz from hip hop television and radio.

Only 23, DeJ Loaf is literally on the cusp of properly making a splash in the mainstream hip hop scene. She’s dropped a handful of official singles, most prominently the surprise hit “Try Me,” and has, so far, released two mixtapes, most recently Sell Sole. With a penchant for exuberant style (she showed up to BET’s 106 & Park decked out in a white suit, white mink coat, and Gucci loafers), a solid musical crew back home (IBGM – an acronym for “I’ve Been Gettin Money), and a new deal with Columbia Records, 2015 is shaping up to be the year the world gets hip to this rising talent, and this year’s Bonnaroo is a chance for you to bear witness to her while she’s still coming into her own.