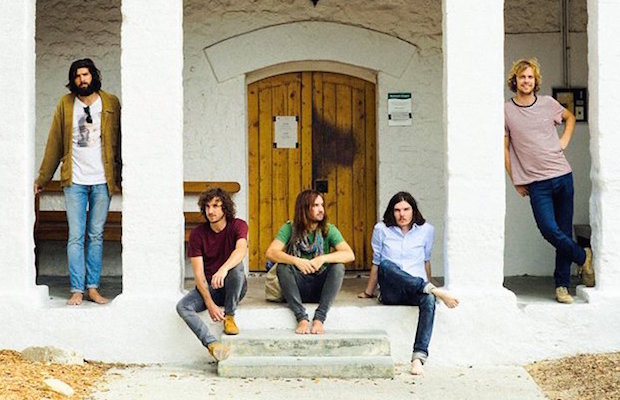 Indie psych rock aficionados rejoice, we have a HUGE announcement to make. Australian five-piece Tame Impala will be making their Music City debut at The Ryman Auditorium on May 11, in support of their highly anticipated third album, with LA psychedelic popsters Mini Mansions set to open. Words do little to describe how excited we are for this one, and when tickets go on sale this Friday, March 13 at 10 a.m. for $32 we’re sure fans of the white hot band from down under will be even more excited (look for a pre-sale a day sooner as well). This is almost sure to be a sell out, so snag a spot ASAP. But fear not if you miss out, because we have a pair we’re ready to give away for free! Read on after the jump for more info on the show, and don’t forget to drop your name in the hat (electronically) for a chance to win a set of tickets.

The brain child of Kevin Parker, Tame Impala were birthed in the Perth (western Australia) indie music scene. A big player in said scene, Parker was part of a number of prior bands, including the Dee Dee Dums, but started a psychedelic home-recording project that would later blossom into the group we know today. During this embryonic period Parker, a multi-instrumentalist and songwriter, was posting songs on his Myspace page, which started to get the attention of various labels. He eventually settled on a international deal with independent label Modular Recordings and formed a band. Soon after, they released their self-titled EP, which is sometimes mistakenly called Antares Mira Sun, because of the album art work, done by Parker, featuring labeled stars of the same names. By 2010, they’d released their first full length, Innerspeaker, to general and critical acclaim. They toured extensively world wide in support, and in the US they toured as the opener for MGMT. In 2012, they dropped Lonerism, which won numerous awards, mostly in their native Australia, and earned them a Grammy nom stateside for Best Alternative Album. Parker has worked on various other projects over the years (Melody’s Echo Chamber, AAA Aardvark Getdown Services), but a new record from Tame Impala is expected to arrive in 2015, and, along with their tour announce, they provided a taste in the form of new single “Let It Happen.” Listen below!

A side project from Queens of the Stone Age bassist Michale Shuman, Mini Mansions were formed in 2009 when QotSA took a break after touring in support of Era Vulgaris. Shuman’s new(ish) band have drawn comparisons to Elliot Smith and Fountains of Wayne, and they already have two EPs and a self-titled LP to their credit. Look for a new record, set for release later this month, entitled The Great Pretenders, and be sure to get to The Ryman early so  you can see them do their thing live.

Winner will be announced Tuesday, March 24 at 5 p.m. CST, and will receive one pair of tickets. Good luck!

Tame Impala and Mini Mansions will perform Monday, May 11 at The Ryman Auditorium. The show is all ages, begins at 7:30 p.m., and tickets are available to purchase for $32 beginning Friday, March 13.