Stream New Single “Thunk” From Diamond Rugs & Catch Them At Mercy Lounge on May 7th! 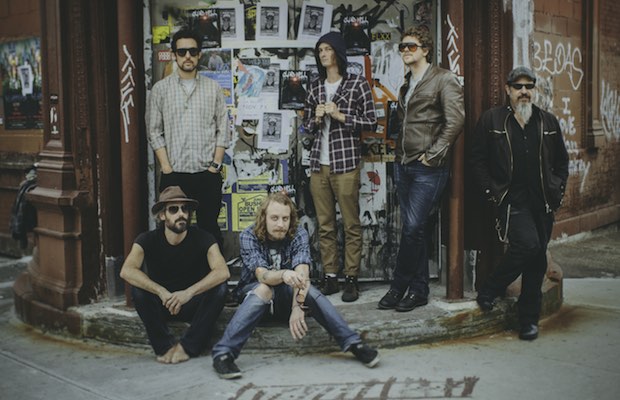 We’re big time fans of the supergroup Diamond Rugs.  Founded by members of Deer Tick, Black Lips, Dead Confederate, Los Lobos, & Six Finger Satellite, this band of miscreants piqued our interest from the first listen to their self-titled debut in 2012, and we were even lucky enough to be in Atlanta for their first ever show at The Earl.

Times have changed in the lives of some of the members of Diamond Rugs since the debut.  Front man John McCauley (Deer Tick) has since married, and supposedly moved from Nashville to New York.  Guitarist Ian St. Pe has reportedly taken a break from Black Lips, and is often seen rambling about in his new home of Nashville.  Regardless of life changes, the first single, “Thunk” has us excited for the sophomore effort, Cosmetics, that released on February 24th on Sycamore Records/Thirty Tigers/RED.

You can have a listen to “Thunk” below, and grab your tickets to their May 7th date at Mercy Lounge with New Madrid and Justin Collins.  If you need more convincing, you can peruse some more tracks from the new album on the band’s Soundcloud page, or check out their Bollywood style tour announcement video.

Stream "Part III" From Sam Pinkerton's 'A Story In Parts'