Bonnaroo Band of the Day: King Gizzard & The Lizard Wizard 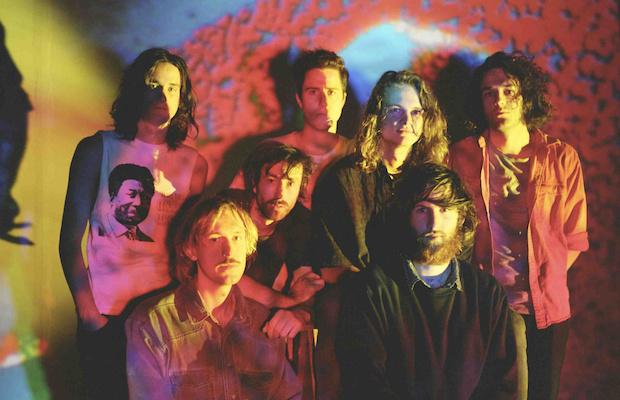 Boasting a seven person lineup which includes no less than two drummers, three guitarists, and even a harmonica player,  Melbourne, Australia’s King Gizzard & The Lizard Wizard channel a nostalgic and expansive sound, which pulls from ’60s psychedelia and experimental rock, fused with modern garage sensibilities. What started as a bit of a joke project, while members continued on with various other musical endeavors, King Gizzard began to build buzz in their home country following the release of their debut, 12 Bar Bruise, and, in just the span of three years, have become a prolific and constantly evolving musical powerhouse (they notably dropped not one, but TWO albums last year).

Each of the group’s records seemingly encapsulates a certain facet of their sound, whether it be full-on, composition driven psych rock, or grungier, old punk referencing garage rock. Though their world travels have yielded festival appearances before, 2015 marks their debut at Bonnaroo, and, in sound, showmanship, and aesthetic, we couldn’t think of a better fit for the bill. Check out some tracks below!