Bonnaroo Band of the Day: Jessica Hernandez & The Deltas 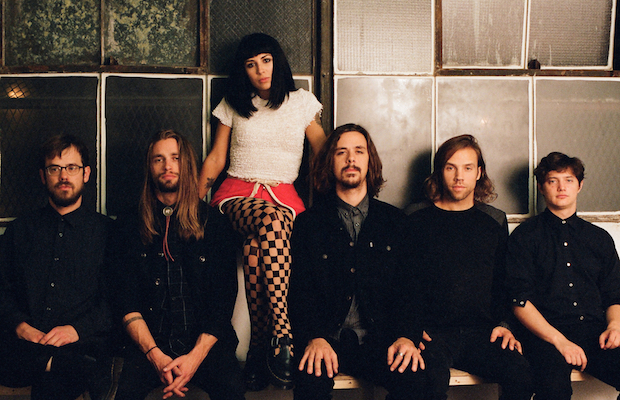 There’s something about the rich musical history and grey reality of Detroit that has managed to produce some seriously talented singers with some incredible soul in recent years (not least among them, Nashville transplant Jack White). Born and raised in the Motor City, singer and songwriter Jessica Hernandez left for college in Chicago, only to drop and out move to Kansas City, where she took up guitar and piano, taught herself to record, and began to get serious about songwriting, A few years later, with some incredible compositions in toe, she returned home, and recruited a band meant to be temporary, but one she clicked with so instantly that they became permanent as Jessica Hernandez & The Deltas. A high profile record deal would follow, but, as the story for so many small bands unfortunately seems to go, The Deltas found themselves dropped before their debut release, and their album in limbo as they regrouped, found an indie label home, and, finally, regained control of their recordings, which, last year arrived as Secret Evil.

Channeling elements of rockabilly, soul, pop, surf, and, of course, old school rock and roll, Hernandez’s eclectic sound is hypnotic, soulful, and personal. A charismatic frontwoman, she’s got a definite Detroit “don’t mess with me” badass vibe, coupled with a real heartfelt ability to channel her emotions into song with incredible confidence and exuberance. Her vocals and songwriting are what make the group, but the backing players definitely help it come alive, and, over the past few years, The Deltas have become an engaging and buzzworthy live band in their own right. They’re just getting started, so expect to see them on the main stage before long.

Bonnaroo Band of the Day: King Gizzard & The Lizard Wizard