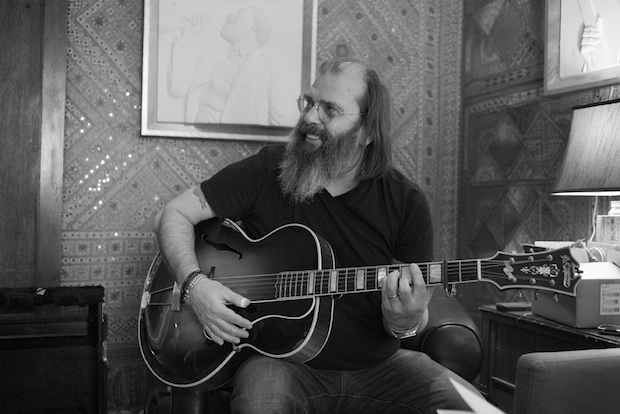 If you like alternative country, then any of the artists you listen to owe a debt to genre pioneer Steve Earle. Earle arguably created the style in the late 1980s under the tutelage of Townes Van Zandt, and wrote songs that were recorded by legends including Johnny Cash, Emmylou Harris, Waylon Jennings, the Pretenders, and Joan Baez, among others. In his solo work, Earle has mined the traditions of America’s country, blues, and folk music, while infusing them with alternative rock sounds. On his 1989 classic Copperhead Road, alt country, or new country, was born.

Earle just dropped his sixteenth album Terraplane with longtime backing band The Dukes, and that record has garnered great reviews as well as top spots on the Billboard blues, folk, country, and Americana charts. Terraplane was recorded in Nashville, and sees Earle paying tribute to the great blues artists he saw growing up in Texas. He’s playing a sold-out two-night stand at City Winery on Friday and Saturday night this weekend, with openers Emily Earle on Friday and The Mastersons on Saturday. We’ll be catching the Saturday night slot, so stay tuned for our review.