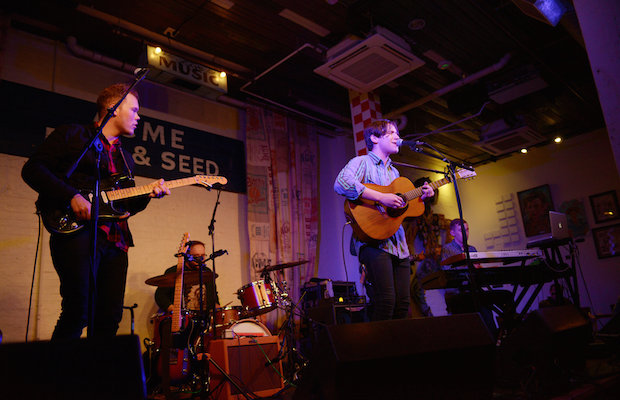 We’re still bringing you some of the best local music live, for FREE, every Tuesday night at Acme Feed & Seed, as part of our ongoing promotional wing, No Country Presents. This past week was no different, thanks to pop rock crooner Zeke Duhon and folk/Americana songstress Liza Anne. Of course, if you were there, you already know all about them, and their talents, but, if you missed out ,don’t fret, we have a full recap after the jump with photo as well, from staff photographer Mary-Beth Blankenship. Read on for more, and be sure to join us next week (March 10) for an extra special SXSW sendoff event, featuring the live debut of The Lees of Memory (fronted by Superdrag’s John Davis) with Chrome Pony and DNK.

Another Tuesday, another great line-up, brought to you from your friends at No Country and the good people of Acme Feed & Seed. Despite the rain, I was excited to continue my weekly routine, and the icing on the cake this week? The best possible parking spot, on Broadway off all places, a block from the venue without charge. A small victory in the constant battle of downtown money schemes verse local ingenuity. On the year, I’d say downtown is still up big on yours truly. 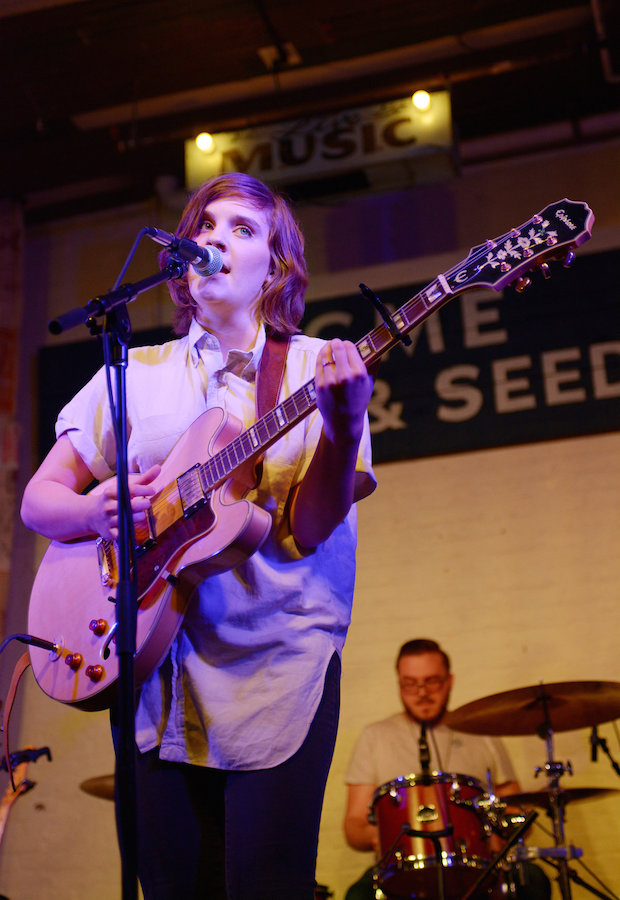 Rain be damned, the place was packed, and soon it was time for a blog favorite Liza Anne to take the stage. This band was her newest incarnation, a five-person group, as opposed to her just flying solo. With added musicians (who will be accompanying her to SXSW), she was able to build a more robust sound around her beautifully polished vocals. Her guitar work is expert as well, and, although it was no surprise to us, it was obvious to the casually listening diners why she was named one of  NPR’s top 100 must see artists of SXSW. Liza Anne’s exceptional and original singing seems to have blown in from the deserts of the west on a small-town, girl-next-door wind with a hint of Edie Brickell and New Bohemians mixed in.

One of my favorite of Liza’s tracks, “The Colder Months,” off of last year’s LP of the same name, was a show stopper, and just a taste of her range and capabilities as a singer, songwriter and performer. Look for new music from Liza Anne on iTunes next week, and jump at any chance you get to see her live and in the flesh. Goosebumps are a guarantee. 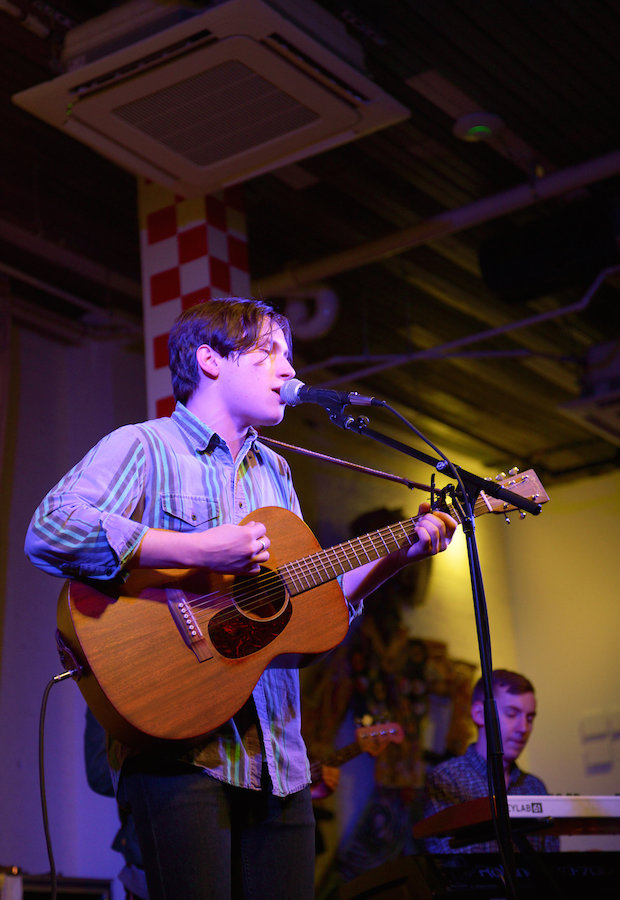 Next up was one of our favorite local Okies (from Tulsa, OK, originally): Zeke Duhon. Happy to be playing his first show ever on Broadway, pretty common for the acts we book, he even had on his black cowboy boots to help him get in the right mindset. However, there was nothing old Nashville about his new wave, indie-rock tinged pop songs that are so Lightning 100 ready, I wouldn’t be surprised at all if they were already in the radio stations rotation and I just haven’t been privy.

Duhon’s sound was a little bit reminiscent of Mat Kearney, meeting some Modest Mouse ambient guitar and voice inflection; something that you can snap your fingers too with out feeling like a complete sell out, which is the best kind of pop really. As if to hammer this point home, he even played a bizarrely perfect medley of Taylor Swift’s new hater-proof, and trademarked single “Shake it Off,” into Kanye West’s near classic hip hop anthem “Can’t Tell Me Nothing.” To any real music fans, the irony there should not be lost. He’s also created his very own clever hashtag, #ZekePeaks, which he encouraged everyone to use if they were feeling the show… savvy indeed, this one.

After his set, we chatted for a bit about much that is in the works for him, so stay tuned for further developments as they become available. Soon Liza Anne had come over to talk shop as well, and I was struck by how much admiration the two artists had for one another. I felt the blog and my mission was a success; we brought great local music to a wonderfully mixed crowd of tourists and residents. We also introduced two artists to one another who can build, learn from, and, fingers crossed, possibly even work with one another. To us, this is what the blog and Music City should be all about. Hope to see all of you next week at Acme, 7 p.m. sharp.

If You Like Butts, Check Out Thelma and the Sleaze's New Video