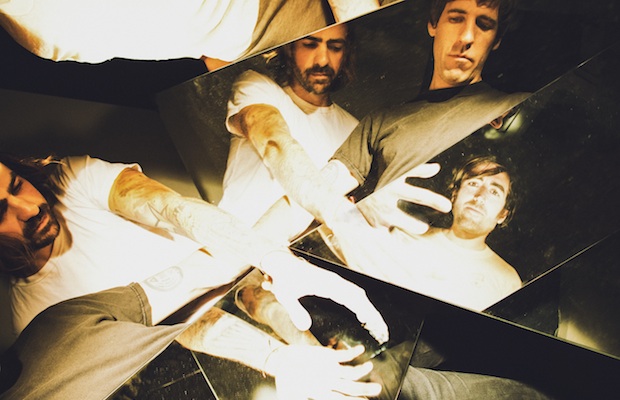 Not interested in a battle of local bands or feel good jams?  Do you need some in-your-fucking-face rock music tonight?  If so, you are in luck.  New York noise rockers A Place To Bury Strangers, quickly rising punks Ed Schrader’s Music Beat, and local sludge demons Breast Massage are taking over The End tonight to officially kick your ass out of the snowpocalypse lull.  Things get started at 8pm, and tickets will run $12!  Get your ass out to rock tonight!

APTBS was formed over a decade ago, and has since honed their live show into what can be best described of as a wall of psychedelic shoe gaze distortion.  They’ve been coined the “loudest band in New York”, which means you should definitely bring your ear plugs.  You should also bring your wallet, because their new album, Transfixiation, which they just released last week, is currently sitting near the top of our best albums of 2015.  Have a listen to “We’ve Come So Far” below, and I think you’ll agree.

Baltimore punk rockers Ed Schrader’s Music Beat has a pretty strong reputation around here.  Besides the fact that their music is a sonically diverse take on punk or post-punk, they released their July 2014 album, Party Jail, on local tastemaker label, Infinity Cat.  If you aren’t familiar with them yet, it’s time to get on the bus.  Have a listen to Party Jail below, and make sure you don’t roll in too late to check them out.

The night gets started with some solid sludge rock from the hard to google local band that includes members of JEFF The Brotherhood, Diarrhea Planet, and No Regrets Coyote.  They started as a side project from JEFF’s Jake Orrall and King Karl, but you’ll have to make it out to the show to find out the lineup for tonight.  We’ve caught BM before, and they are a riot of good jams.  It’s definitely worth you cutting pre-show drinks short.  There’s no online media for Breast Massage, at least not for the band. You can still snag one of the 300 copies of their Soiled Fantasies LP on vinyl via the Infinity Cat website, and the show will be a defacto release party for the new 7″ featuring “heavy metal” and “hermAphrodite” that just dropped today.

A Place To Bury Strangers, Ed Schrader’s Music Beat, and Breast Massage will perform Monday, February 23rd at The End. The show is 18+, begins at 8pm, and tickets are available for $12.